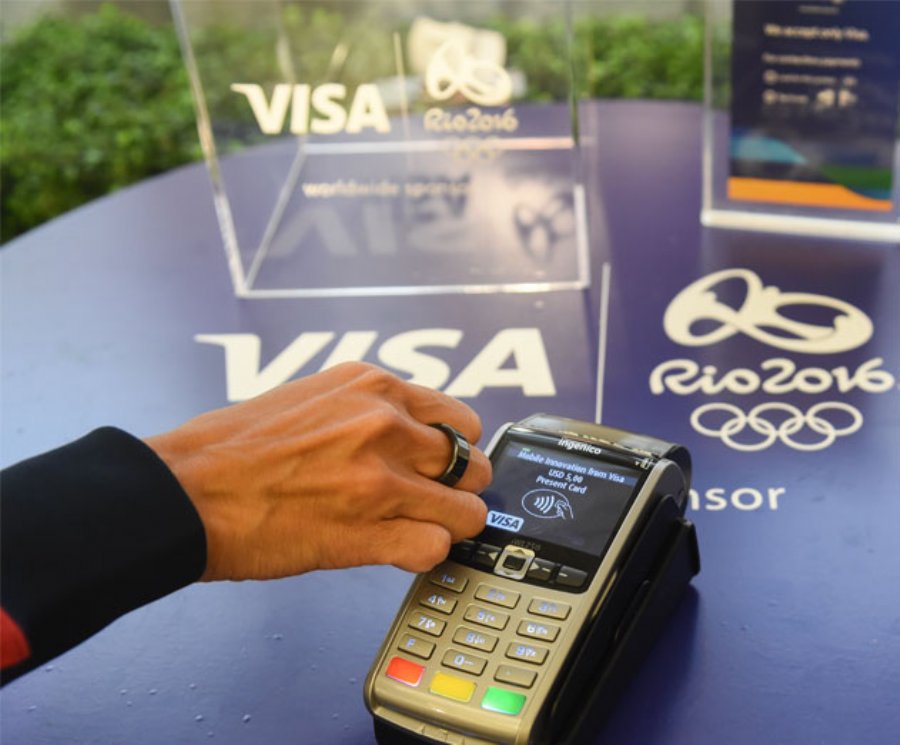 
4,849
Visa will be launching a new payment wearable for use at the Rio 2016 Games – a payment wearable ring backed by a Visa account. The Visa payment ring will be given to all Team Visa athletes in Rio, a group of 45 Olympic participants. The Visa payment ring is NFC-enabled, allowing the athletes to make purchases by tapping their ring at any NFC-capable payment terminal.
The ring uses the patented NFC Ring design of McLear & Co. that includes a secure microchip made by Gemalto, with an embedded NFC-enabled antenna, enabling contactless payment capabilities. Unlike many other payment wearables, the ring does not require use of a battery or recharging. It is also water resistant to a depth of 50 meters, meaning Team Visa athlete and Olympic gold medalist Missy Franklin swim then shop.
In addition, at an event in New York City today, Visa demonstrated an advanced prototype version of the Visa payment ring, which uses token technology provided through Visa Token Service, making it the first tokenized payment ring.  Visa’s token technology replaces sensitive payment information, such as the 16-digit account number, with a unique digital identifier that can be used to process payments without exposing actual account details.
As the exclusive payment provider of the Olympic Games, Visa is creating and managing the entire payment system infrastructure and network throughout all venues including stadiums, press centers, point-of-sale (POS), the Olympic Village and Olympic Superstores. In Rio, Visa will implement approximately 4,000 NFC-enabled POS terminals capable of accepting mobile and wearable payments across a number of Olympic venues, the US Olympic Committee’s USA House and Copacabana Megastore.