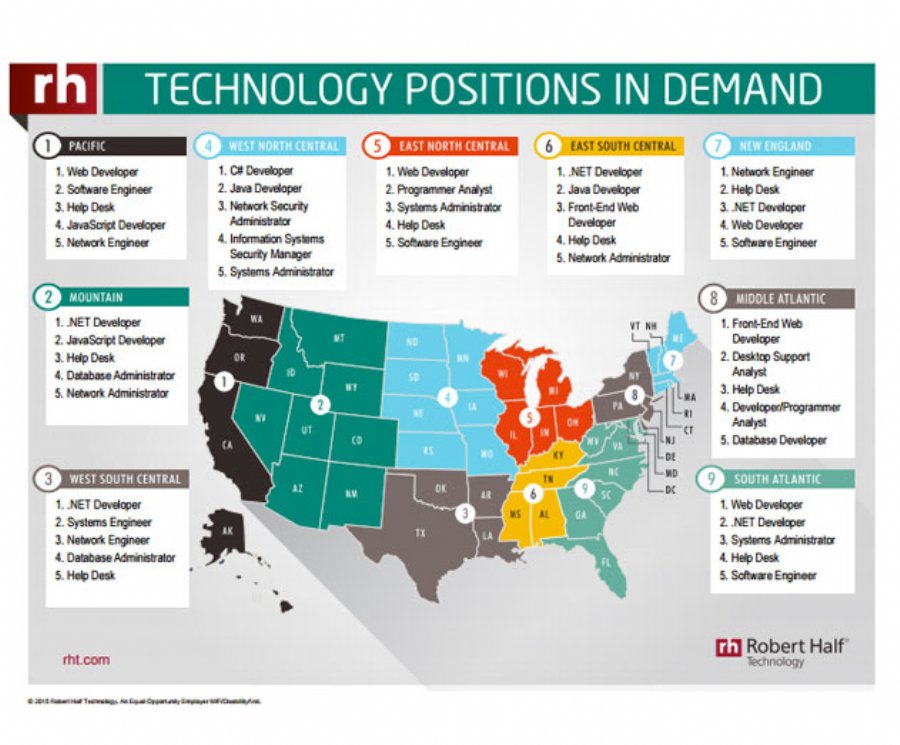 The Developer Skills That Are Most Wanted By US Region


6,050
According to a recent infographic published by Robert Half Technology, you might be surprised to learn that .Net development is the top desired skill in three out of nine regions of the US (West South Central, Mountain, and East South Central).
Web development also is one of the most sought after skills in three regions as it is tops in the Pacific, East North Central, and South Atlantic. Rounding out the last three regions include C# Developer in the West North Central, Network Engineer in the New England region and Front End Web Developer in the Middle Atlantic region.
The inforgraphic provide here shows the top five developer positions in demand in each of the nine regions.