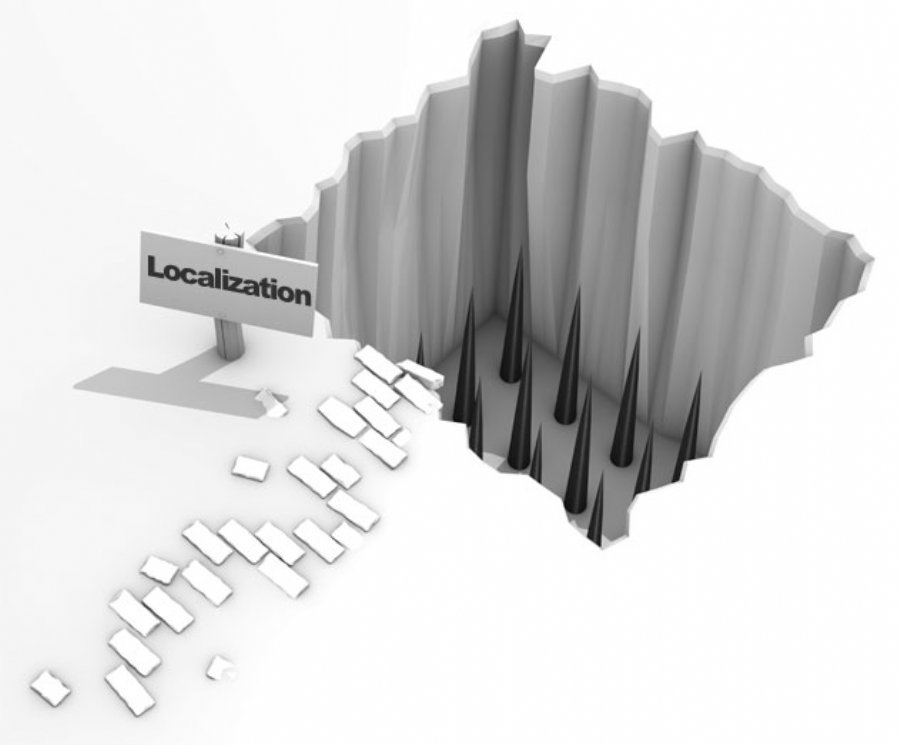 How to Avoid the Pitfalls of Poor Localization


20,854
The appetite for mobile and desktop apps is just as strong internationally as it is in the United States, as consumers and businesses rely on software for both work and play. Data from the mobile analytics firm Flurry found that mobile web users in 2014 spent up to 86 percent of their time on apps – an increase from 80 percent the year before.
Of course, that only covers mobile apps – consumers and businesses worldwide also spend plenty of time in front of desktop programs, too. So it makes sense to translate your software into multiple languages, but only as long as you avoid the pitfalls of poor localization.
Badly translated software can result in an underwhelming user experience, delayed product rollouts and an ultimately unsuccessful international launch. When localizing your software, you’ll need to consider three important factors: planning, coding and the user interface.
1. Plan for Localization from the Start
If you have any intentions on taking your software into international markets, save yourself future headaches by planning a localization process from the very beginning. That’s because retroactively translating software into new languages takes far more work than most companies realize.
The risk ultimately boils down to the cost and effort of re-work. If you take a piece of software that is entirely in English and try toapply translation post-release, there is a higher chance that you’ll miss important details or find it difficult to translate parts of the English code.
The earlier you detect software problems – such as an improperly translated word – the easier and cheaper it is to fix it. One study from the National Institute of Standard Technology (NIST) found that, on average, it takes 13 hours to repair a bug found post-product release compared to only two hours to fix a defect found during the coding stage.
By thinking about localization from the very start of the software development process, you can plan out parallel software coding, translatability testing and translation. That’s a much more efficient way to work and allows you to consider factors you might otherwise have overlooked.
2. Code With Translation In Mind
You can also take steps during the software development process that will make it easier to localize your software code now and in the future.
One such strategy is to clearly define software strings with complete sentences that easily convey the function of that particular string to translators. You shouldn’t use any abbreviations or key words in these strings because that can create confusion. Similarly, software variables should be clarified with meaningful descriptive phrases that provide context –{NumberofHours}, for example.
It’s also important to keep phrase formatting and arrangement in mind for different countries. For example, in some countries, temperatures are written as “degrees X” as opposed to the English version “Xdegrees”. Dates and times also vary, and having a translator on hand to provide support from the start helps avoid any errors that occur from inaccurate arrangement.
To ensure your translated software code won’t negatively impact the functionality of your software, create a single test script in English that references individual test cases by number. That way, you have a single universal reference point for all translators to use, making it easier for developers to find problems with the code once notified by a linguist.
3. Don’t Forget the User Interface
User experience is a big consideration for multilingual software. Direct translations of certain phrases can result in significant design problems or user confusion, because common English abbreviations and colloquialisms don’t always make sense in other languages.
For example, let’s say you are creating a mobile app that displays the days of the week. To save space, you choose to abbreviate each day to one character – M for Monday, T for Tuesday and so on. While this may make sense in English, it won’t work when you launch your app in China, because each day of the week in Chinese starts with the exact same character.
Similarly, translating a short English phrase into Spanish might result in a much longer sentence that creates jumbled, cut-off or overlapping text on your app. Native-speaking linguists can work with your graphic design team to ensure troublesome phrases and images are replaced with appropriate alternatives that make your software easy to use in any language.
Bringing the Best Possible Software to Market
No matter where you launch in the world, your software is a direct reflection of your company’s values, competence and credibility. Developing an effective localization plan from the start lays the groundwork for better code and a more pleasing user experience, making for a better product that earns customer trust.

Read more: https://rubric.com/This content is made possible by a guest author, or sponsor; it is not written by and does not necessarily reflect the views of App Developer Magazine's editorial staff.