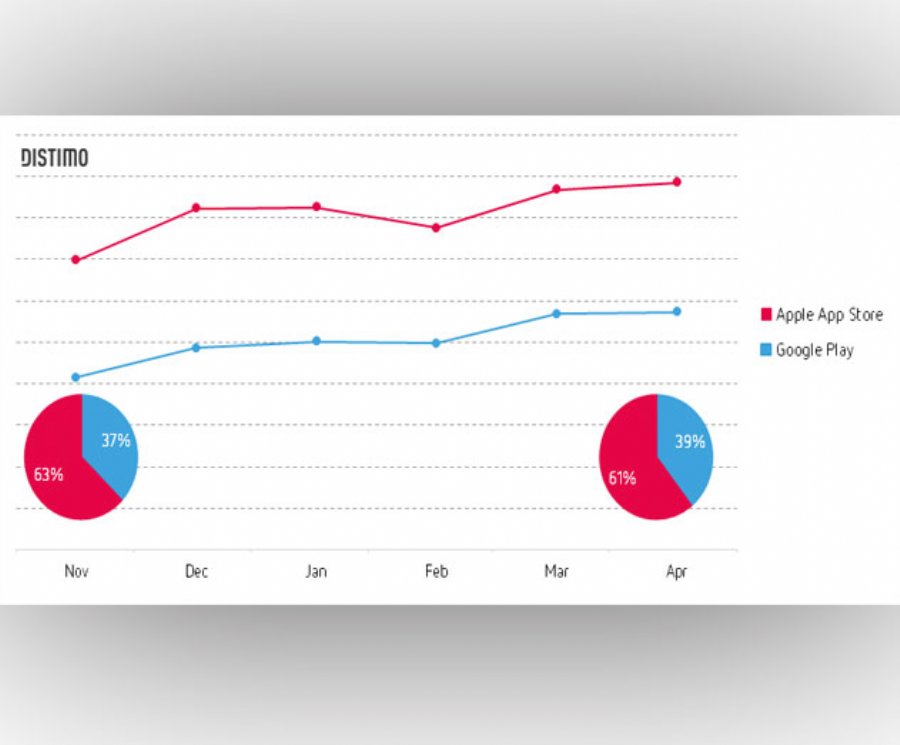 
3,124
While Google Play has seen 38 percent growth for the last 6 months, April showed no gains according to Distimo’s April 2014 Global App Report. The Apple App Store, on the other hand, saw slight gains and an increase in market share. The report shows that the market as a whole grew by around 1.5% with total market share distribution at 39 percent for Google Play and the Apple App Store 61 percent.
This analysis is based on comparing the revenue generated from the app stores of the following 34 countries which are chosen for the analysis because revenue estimates are generated for both stores in each country.
Distomo points to the fact that Apple’s stronger growth was partially supported by a revenue increase in Australia and South Korea during April. In Australia, this was mainly caused by new apps such as Zynga’s new FarmVille 2: Country Escape, but also by Supercell’s Boom Beach.
The report is based on Distimo AppIQ data, covering the full month of April 2014 on a globally aggregated level. The report also includes a list of top 5 free and paid apps in the Google Play, Apple App Store, and Amazon Appstore.