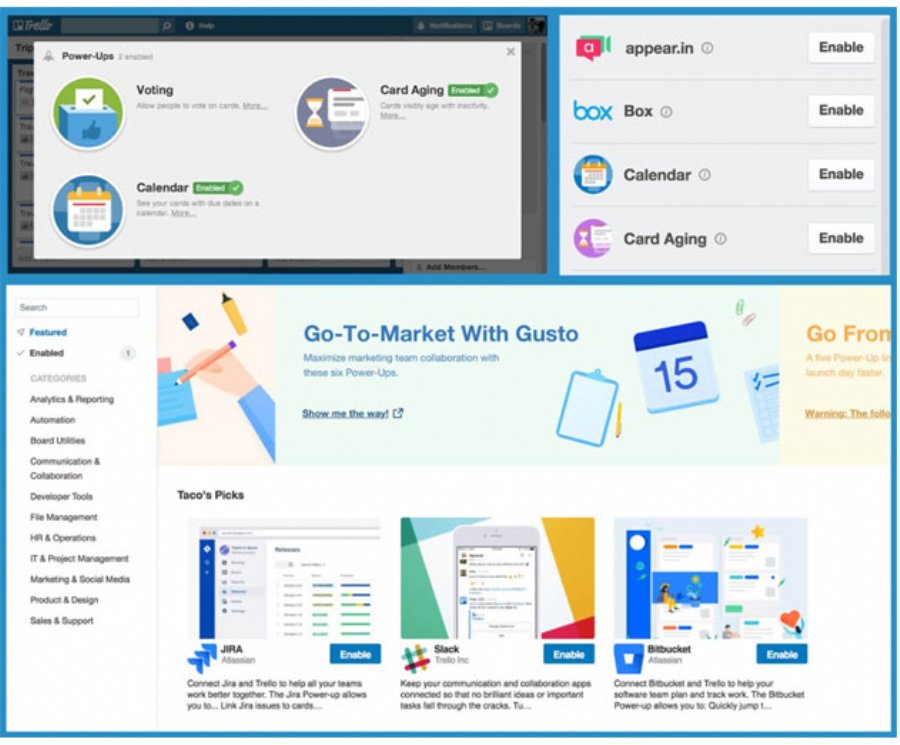 After the acquisition of Trello, Atlassian launches a new way for users to find 80 different Trello platform integrations.

Atlassian has unveiled a redesigned directory for Trello integrations (or as Trello calls them “Power-Ups”) for users to discover the 80+ partner apps available on the Trello platform. The revamped Power-Up Directory is the latest in a series of updates to the Trello ecosystem one year after its $425M acquisition by Atlassian.

After officially launching the Power-Up Platform in 2016, the Power-Up Platform has been completely redesigned, with a slick new in-app directory that’s searchable and categorized for easy discoverability of all the apps - a benefit to both users and developers. In addition to existing integrations with Google, Dropbox, Github and others, Trello added over 50 partner-built Power-Ups this year, including: InVision, Zeplin, Figma, Jotform, GitLab, Freshdesk, Zapier, Egnyte, Droplr and TeamGantt.