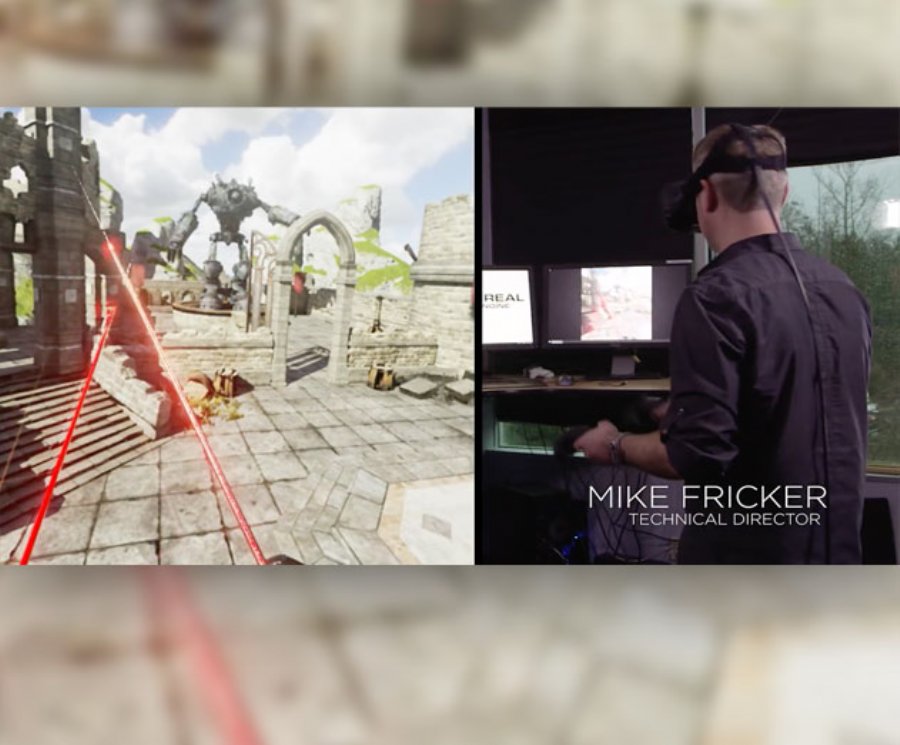 
42,579
The Epic Unreal Editor is now available in early preview for Virtual Reality allowing game developers to build VR content in Virtual Reality using the same Unreal Editor they are familiar with using. With the Oculus Touch and HTC Vive motion controllers, movement in the real world is mapped one-to-one in VR and developers can manipulate objects just as they would in real life.
With the release, VR movement and editing controls are functional, along with key parts of the Unreal Editor UI, including the Details Panel and the Content Browser. As a developer tool, the Unreal Editor features a 2D user interface, and is being rolled out naturally in VR. It offers one button-press places an iPad-like tablet in your hand, and you use the other hand to interact with the tablet. Scroll, press buttons, tweak Object Details, interact with menus, drag objects out of the Content Browser and drop them directly in the world.
It’s an intuitive way to place a 2D user interface in a VR world that builds on everyone’s Unreal Editor experience, and the underlying Slate user-interface framework provides a foundation Epic will build on as they work to roll out the entire Unreal Editor UI in VR.