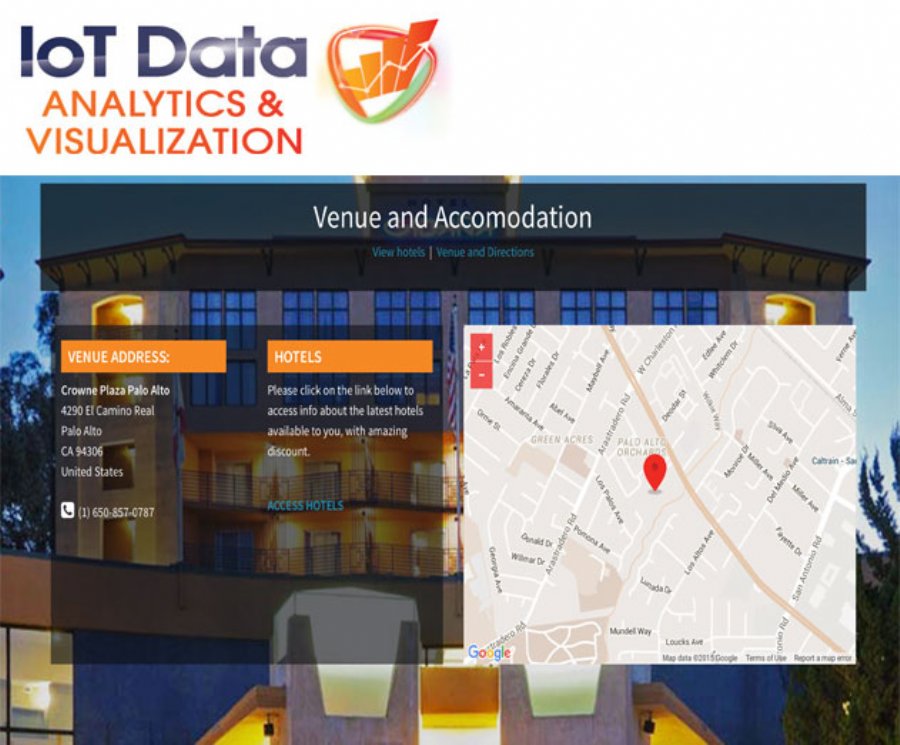 
2,920
The IoT Data Analytics & Visualization Summit is dedicated to showcasing the ways in which companies can evolve their strategy and focus from the basics of connecting things to fully capturing the value available through leveraging the potential of IoT data and analytics.
The event will be held on February 9 – 11, 2016 at the Crowne Plaza in Palo Alto, California. More than 100 speakers from differentiated IoT verticals, carrier & platform providers, industry facilitators, public sector members, financiers & insurance will be presenting at the event.
Included will be interactive panel discussions and case studies, analyst breakfast briefings featuring leading IoT analysts, access to a pre-conference focus day on Fog Computing, as well as a number of networking events. There will also be an exhibit area featuring a range of companies in the IoT space.