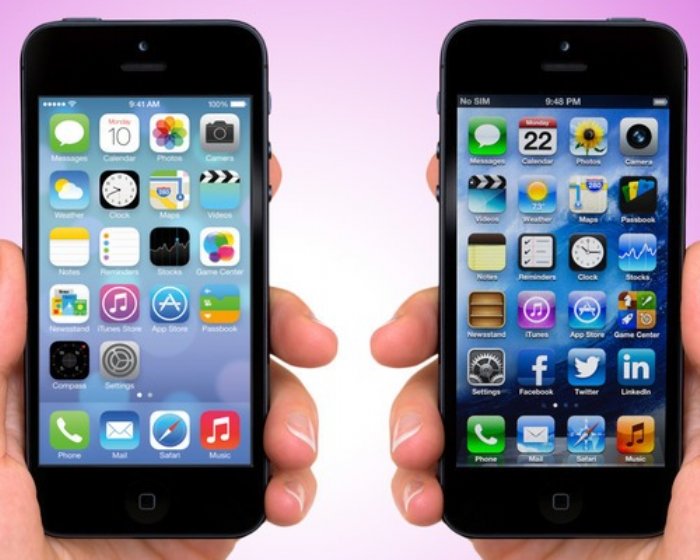 
1,955
Much has been said and written about iOS7 already with its new look UI being the standout point of contention. Polls and surveys have been run across the real and virtual world with personal opinions sometimes deeply divided, although it would appear that consensus is moving in favour of the “new kid on the block”

Whether you're a proponent or a hater, the 'flat' design appears to be here to stay and that leaves apps developers with a dilemma!

Basically it comes down to this, should the app look and feel like iOS6, iOS7 or both? If you design your app for iOS6, it will likely look gaudy and out of place on iOS7's new minimalist, content-first design. If you design for iOS7, anyone who is still on iOS6 will likely find it under-designed or lacking in chrome compared to the rest of the OS. Either way your app is going to feel out of place to some users. Of course, this very much depends on what level of adoption we see for iOS7 in the coming weeks and months, but even if the iOS7 adoption keeps up with iOS6, it will likely be a year or more before you can safely drop iOS6 and even iOS5 from your supported OS version list.

What then to do? Well, if you're not willing to sell either of your user bases short, you have two choices. Firstly, you can come up with a new look and feel which doesn't look out of place on either platform. I suspect this is possible, but it's certainly not easy and it's likely to be fairly complicated to do.

The second option you have, of course, is to embed two distinct looks in the app, one for iOS6's 'skeuomorphic' world and one for iOS7's flat, clean world. That will give your users the best experience of your app, regardless of the platform they're running. It also means you can transition your app as your user base shifts towards iOS7 with its continued adoption and when iOS6 use falls below a level where you feel the need to support it, you simply remove that look from your app. That said, it could be a rather large amount of work.

In some cases you may not be able to freely select an option? If you are in the Enterprise Apps space, particularly one which runs specific mobile policies and standards, you may be constrained by these and have to design to one or the other, or indeed something specific to that organisation.

This is further complicated if the enterprise runs a bring your own device (BYOD) policy and, once again, you will be catapulted back into option choices. No one ever said this was easy!

Plenty of food for thought and no “silver bullet” but with iOS 7 ready to hit the virtual streets, every developer needs to have a plan.