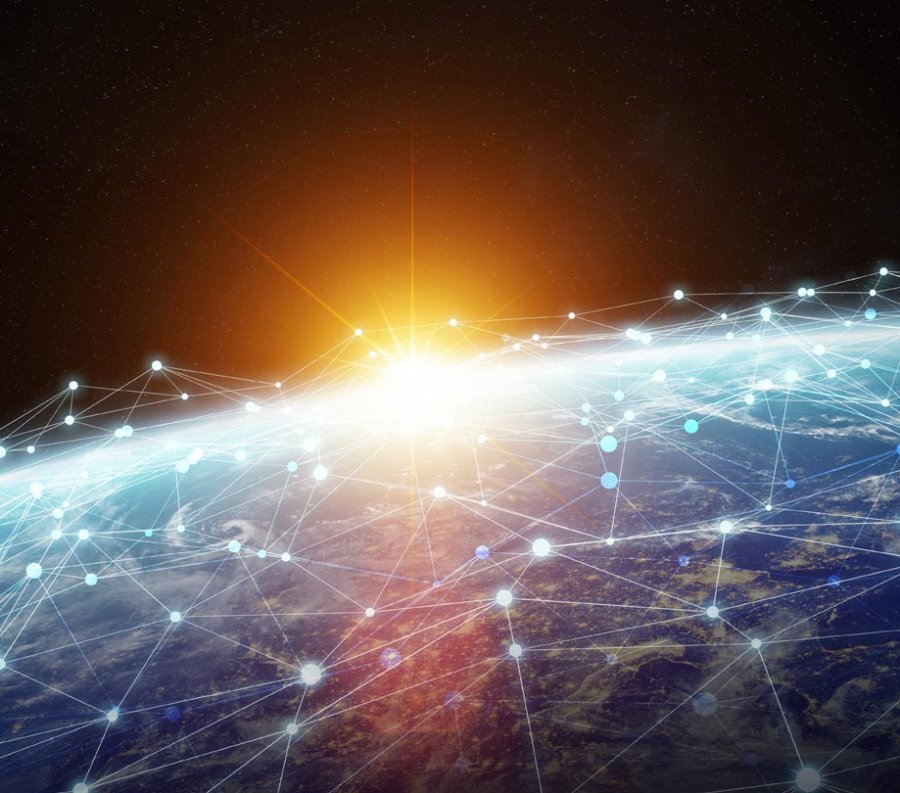 Digitizing value, a discussion about the two industries, Cryptographic Assets industry and the Distributed Ledger industry that have some from blockchain already, and where it all could be headed.

The question of what’s next for cryptocurrencies and consensus algorithms is an interesting one - particularly lately, due in part to the negative press surrounding the Proof of Work (PoW) protocol and the amount of energy required to mine Bitcoin. However, the issue is not as clear-cut as it seems. There any many analysts, for example, who says the data used by Digiconomist in its predictions relating to crypto mining power consumption is fundamentally flawed. Certainly, we haven’t seen the lights go out anywhere in the world because of crypto mining. We also haven’t seen any analyst factor in the carbon cost of printing and transporting physical monies.

If efficiency is the goal, then the introduction of more ASIC mining rigs should be hailed as a leap forward. But there are many who aren’t happy with that either, as ASICs are centralizing and consolidating mining in the hands of a few - contrary to the founding ‘decentralized’ ethos of Bitcoin.

In terms of distributed consensus mechanisms, Bitcoin’s PoW was the first in 2009, with Peercoin’s Proof of Stake (PoS) following in 2012. Since then we have seen many variations in the types of consensus models. At Brave New Coin, we spent much of last year developing a General Taxonomy for Cryptographic Assets. We did this to make it easier for people to conduct informed evaluations of cryptocurrencies by providing a hierarchical classification system of over 60 different metrics for every asset. One of those metrics is ‘what consensus algorithm does it use’?

In putting together the Taxonomy, we found that around 30% of cryptographic assets are using PoW, 18% PoS, 8% a PoW-PoS hybrid, and 4% were using novel mechanisms such as Burstcoin's ‘Proof of Capacity’ and NEM's ‘Proof of Importance.’

Around 40% are issued, either as interim tokens or Protocol Tokens. Some explanation as to what a Protocol Token is. Let’s say someone wants to build a business around a smart contract application. They decide to do an ICO and raise some funding to develop this smart contract business. In this example, Ethereum would likely be the platform on which they would build their application.

So the company does its ICO and creates a Protocol Token to associate with it. That token would be ERC-20 compliant and sit on the Ethereum blockchain. So whatever consensus mechanism Ethereum is using at the time will be the foundation for all Protocol Tokens created by that business.

However, if the application that company wanted to build required a platform capable of managing 50,000 transactions per second, Ethereum wouldn’t be appropriate and they might instead build their application on the EOS platform, which promises high transaction capacity. Similarly, all those Protocol Tokens would be on the EOS platform and use its consensus mechanism.

In the Taxonomy have defined 16 parent blockchains - the underlying protocol used to issue Protocol Tokens (Ethereum and EOS in the example above). Ethereum is the most widely used parent chain for token issuance, with six separate forked projects sharing transaction history. The combined market cap of ETH forks currently sits around 80.2b USD.

In terms of future trends in consensus, changes in the PoW/PoS percentage breakdown will be driven by the evolution of the existing platforms (Bitcoin’s adoption of the Lightning Network, for example) and how successful newer entrants like NEM and EOS are in attracting businesses to build solutions on their unique blockchains. Dominance will depend on what business problems people face and what blockchain platform best empowers solutions delivery for those problems. That said, although there are still some serious security concerns over the PoS model, we do expect it to grow by 15% in the medium term. Ethereum’s consensus mechanism is currently PoW, for example, so its upcoming transition to PoS will move the consensus percentages accordingly.

For people working in application development for the blockchain and cryptocurrency sector, I think it’s important to grasp some macro concepts that will underscore everything as we move forward. Essentially two industries have been born out of the advent of the blockchain. The Cryptographic Assets industry and the Distributed Ledger industry. The core value of the Crypto Asset industry can be expressed as ‘scarcity in the digital medium’.

Previously, once something could be digitized, it could be flawlessly copied - inevitably leading to a huge loss of value for its creators. The music industry learned this the hard way, but the blockchain’s ability to eliminate double spending and deliver digital scarcity has gone a long way towards solving that problem.

Correspondingly, the core value of the Distributed Ledger industry can be expressed as ‘trustless interactions’. For the entire history of money, ‘trusted’ intermediaries have been required to help facilitate transactions - bankers, lawyers, brokers and so on. But with blockchain transactions, it is the immutable blockchain itself that provides the security, and trusted intermediaries are no longer required. The transactions are, therefore, ‘trustless’.

Ultimately what does all this boil down to? I think it can be summed up in two words - digitizing value. So with Bitcoin, we are digitizing currency. In reality, we can digitize all kinds of things - 3D printing is an example of that. The value being digitized there is the cost of storing inventory. And once value is digitized we can transfer it. For example, you can take a photo of your cat and send it to anyone on the planet instantly. That ‘ease of transfer’ is where we are heading with digitized value, and with immutable blockchain technology that value can’t be copied and diluted.

The potential market size and volume of development work is huge. Currently, only 0.01 percent of people globally interact with cryptographic assets in a meaningful way on a daily basis, but the addressable market is the global population that has access to the internet - so around 3.2 billion. I'm predicting about 30 percent of the world's value to be expressed by some form of a cryptographic token by 2022. That's going to require the creation of a lot of infrastructure, and it’s already underway. For example, the US$5.6 billion raised in Initial Coin Offerings (ICOs) during 2017, has, for the most part, not been invested in creating new cryptocurrencies, but instead in the development of blockchain solutions that will transform sectors as diverse as financial services, supply chain, real estate, identity and healthcare.

So what’s it going to take to work in the sector? I’m no programmer, but from a toolset perspective, I’m not expecting a massive departure from the current status quo. Bitcoin was developed in C++, NEM in Java with a C++ version in the works, and EOS is in C++. Python features a lot of explorers for querying chains. The core devs behind Ethereum created Solidity specifically for creating smart contracts. In general terms, C++ and Java developers should be right at home across the crypto space - and Magic Leap’s devkit should be one on everyone’s watchlist.
This content is made possible by a guest author, or sponsor; it is not written by and does not necessarily reflect the views of App Developer Magazine's editorial staff.