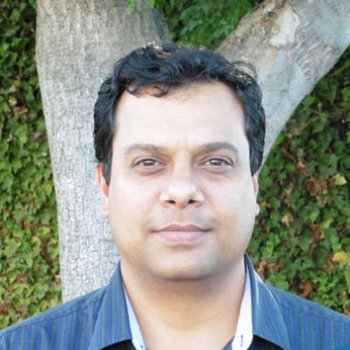 Dr. Salil Prabhakar is an expert in the area of biometrics - fingerprints and iris scanning technology. He has co-authored 50+ publications (14,000+ Google Citations), two editions of the award-winning Handbook of Fingerprint Recognition, five book chapters, and eight edited proceedings. He has several patents granted and pending. He has served as an Associate editor of IEEE Trans. on Pattern Analysis and Machine Intelligence, SPIE Journal of Electronic Imaging, EURASIP Journal of Image and Video Processing, Elsevier Pattern Recognition, and Current Bioinformatics. He was lead guest co-editor of April 2007 IEEE Transactions of Pattern Analysis and Machine Intelligence Biometrics Special Issue. He has been a co-chair/program chair for 10+ IEEE, IAPR and SPIE conferences, was general co-chair of the 5th International Conference on Biometrics in 2012 in New Delhi. He was VP Finance of IEEE Biometrics Council during 2010-2012.He is currently President and CEO of Delta ID Inc., a California technology company he co-founded in 2011.
All articles by Dr. Salil Prabhakar

Iris Scanning and the Future of Mobile Security

The promise of iris scan technology has been shown in sci-fi movies for decades. Various governments use it to secure borders, defense facilities, banks use it to authenticate high value transactions, secure access to safes and vaults. Recent advance...