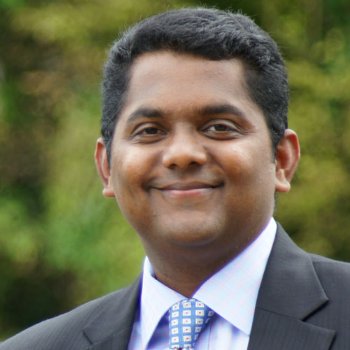 Sravish is driven by a passion to build teams and technologies that bring value to millions of people, Sravish has been an entrepreneur from the time he graduated with a Computer Science degree from the University of Texas at Austin. He founded Kinvey with the belief that mobile devices and applications are going to empower people across the planet by enabling new ways to access, communicate and collaborate with the world we live in.Prior to Kinvey, Sravish invested in and advised various startups in the areas of cloud computing, virtualization and Green IT. He also worked at Red Hat as part of the team that built its cloud strategy and product roadmap.Straight out of college, Sravish was a founding team-member at United Devices (UD), a company that built grid computing software. At UD, Sravish wore many hats. He wrote a desktop agent and screen saver that 3.5 million people downloaded to contribute idle cycles from their PCs to run cancer research algorithms. He then moved to India to build a large offshore development team for the company, and eventually lived in Europe for 4 years to grow a sales and consulting organization in Zurich, Paris and London, while being the #1 revenue contributor to the business. UD was acquired by Univa, where Sravish became the VP of Product Management and Business Development.In addition to his corporate work, Sravish is the Founder at We Flap, a 501(C)(3) non-profit that trains and helps non-profits and NGOs in India use social media to create a support network of people that are interested in helping them with their professional expertise.
All articles by Sravish Sridhar

Being Ready for a MobileFirst Business Strategy

If your business isn’t talking about its mobile strategy yet, it’s only a matter of time. According to 451 Research, 40 percent of companies will prioritize the mobilization of general business apps over the next two years, compared to just mobilizin...

Key Tips for App Development in a Hybrid Cloud Environment

According to ABI Research, the evolving enterprise mobility space will see tremendous growth in new cloud-based solutions as enterprises seek to mobilize quickly and easily. It’s no secret that the cause of this drive towards mobility is the dev...