Next
Stuart Parkerson
8/19/2017 9:27:01 AM
8/19/2017 9:27:01 AM
Eclipse could cause millions of smart phones to fry
Solar Eclipse Phone Pictures, Safe Solar Mobile,Astronomy Technology
https://appdevelopermagazine.com/images/news_images/Gary-Parkerson-Safe-Viewing-Solar-App-Developer-Magazine_85xc5y8g.jpg 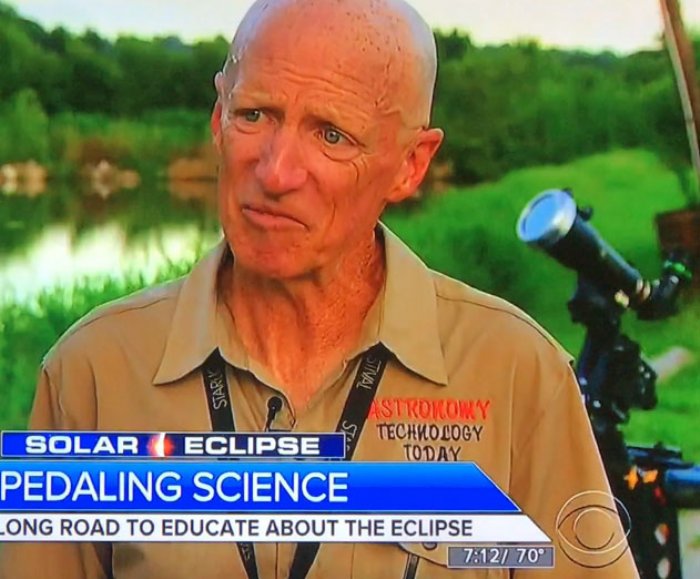 Eclipse could cause millions of smart phones to fry

Using an iphone or Android for solar eclipse pictures can damage your phone. Here's how to do it right.

Virtually everyone has a smartphone and other smart devices (iPads, etc.) that offer the ability to take great images, video,  and even time lapse video. These devices are going to be the go-to option for people wanting to image the Great Solar Eclipse of 2017.
But what people don’t realize is that imaging the Sun with your smart device without any additional filtering could damage the device. Phones today have the lens sizes and resolutions that can take in enough sunlight to fry the sensor in as short a time as just a few seconds!
Also, people are going to be disappointed with their video or images they take, even if they don’t burn up their phone. From a technical standpoint, the imaging design of smartphones creates limitations when taking a picture or creating a video of a solar eclipse. Smart phones have a small sensor coupled with a small lens with a very wide angle – a combination that is going to make the Sun look like fuzzy small ball – nothing like the glorious eclipse images you’ll see online.

NASA has provided a detailed overview of how to safely use a smart phone to take pictures of the eclipse.
For the most basic safe viewing,  use solar safe white light film and place it over your phone’s image sensor (such as Baader solar film).
A step up is to add an inexpensive telephoto lens to your smart phone along with the protective film. The lens connects to the phone’s image sensor and functionally enlarge the Sun for your imaging, video or time lapse. You’ll need to place your solar safe film on the telephoto lens instead of the phone itself. A further step is to add a tripod adapter, another inexpensive accessory that will allow for steady imaging. Also, widely available are combo tripod/telephoto lens options.
The top option for using your smart phone is to image through a binocular or telescope that is outfitted with a solar filter.
Someone who knows alot about what it takes to image the cosmos is Gary Parkerson, my brother. He's been pedaling his bike across the US since 2016 as an Astronomy evangelist, sharing the joy of Astronomy, and information about the coming eclipse with everyone in his path. He's even handed out over 7000 pairs of "safe solar glasses" to folks waiting to see the big event! Check out the entire story as aired on ABC in the video below.