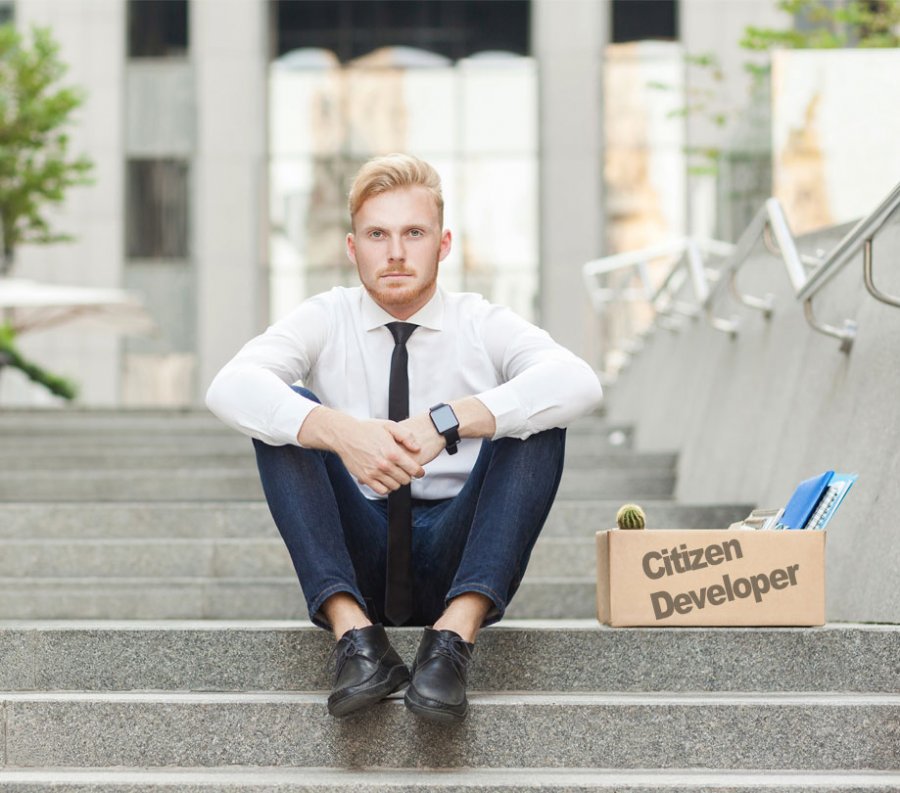 As businesses trend more toward buy-not-build solutions, they look to development platforms that can offer frictionless delivery of applications without needing to provide additional training for developers. Therefore, it is important to differentiate between the high-productivity/low-code approaches and the 'citizen developer' approach: one is for dev professionals looking to operate more efficiently, and the other is, essentially, an amateur programmer creating simple applications – not ideal for professional IT delivery.

Analysts have touted the growth of high productivity application development platforms which are attractive to many enterprises unable to find the necessary digital talent. These evolving platforms, also described as no or low code, focus on increasing productivity over traditional software development by expanding the pool of talent that can deliver apps. Many professional (or pro) developers remain highly skeptical, believing that these platforms jeopardize jobs and stymie innovation. A recent survey of 5,500+ pro developers titled, “Low Code Platforms – What Developers Think and Why”, revealed that 66% of pro developers felt negative about no/low code platforms and a surprising 72% of managers/architects felt the same way. How can businesses differentiate with no/low code platforms that promise to fill a digital talent gap when the desired talent fears the very platforms enterprises are looking to adopt?

The desire to adopt higher productivity app platforms is driven from established enterprises looking to expand their digital capabilities. A key driver is that customers increasingly expect consumer-grade experiences with enterprises, which have been paved by tech giants like Apple, Amazon or Google. Meeting this demand is often described as the industry trend, “digital transformation”. While digital transformation has become a broad marketing buzzword, it’s a very real concept with many facets. Therefore, this article will focus on strategies that enable established industries to leverage tech to further differentiate in areas that make their business unique. For example, Lowes (US based home improvement retailer) announced last week it will hire 2,000 software engineers amid company overhaul and cited a clear strategy to better engage professional customers such as contractors. Where does this type of shift fit into a low code platform conversation and need for digital talent?

There are two general types of developers to deliver these classes of apps:

When enterprises are looking to differentiate in how they engage customers or partners, they must turn to professional developers that have the necessary skills to deliver innovative app experiences that are aligned with business goals, such as focusing on the needs of home improvement contractors for Lowe’s. It’s unrealistic to expect developers to drag and drop pre-built UI components to deliver a comparable app experience.

What do pro developers want in an app platform?

In the same survey of professional developers cited above, it’s interesting to note that 21% of respondents wanted better tools to develop faster. When looking at the largest developer survey from StackOverflow that includes 100,000+ developers, there are a couple of interesting trends. A staggering 71.5% of professional developers are familiar with JavaScript and second most loved platform was Serverless at 75.2% followed by Linux. This suggests that developers want platforms that increase productivity while maintaining control of the development experience.

And platforms that adopt open source development frameworks are expected to further win over developer mindshare. These are not the attributes of traditional low code platforms which is driving a need for next generation low code platforms.