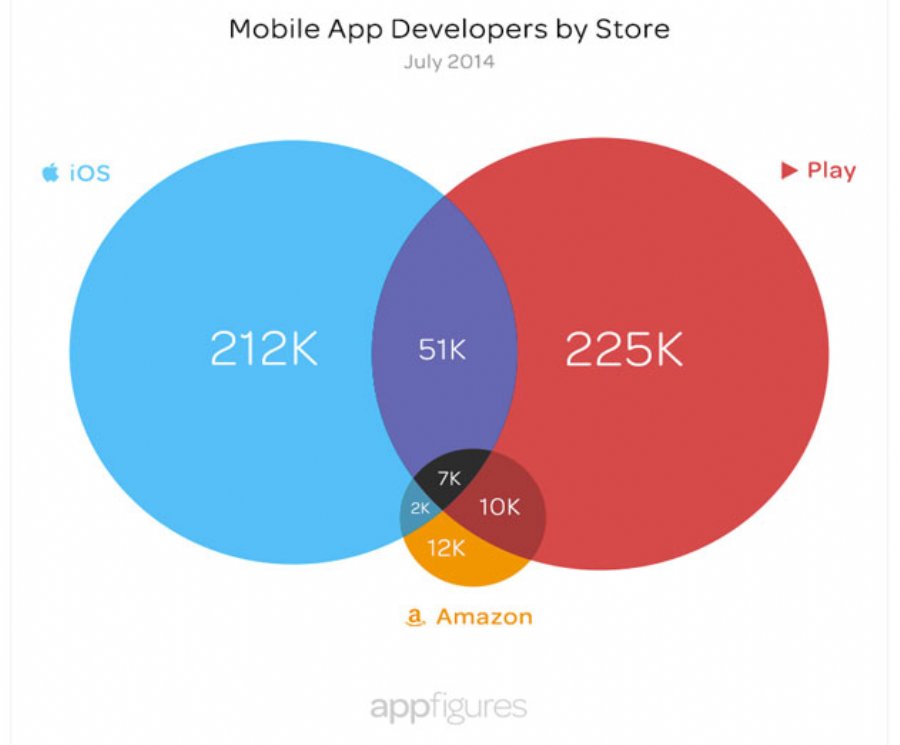 There Are 506,742 Mobile Developers in the Three Major App Stores: And They Don’t Play Together


22,906
Google Play has 292,796 developers. The iOS App Store has 271,509 developers. The Amazon Appstore has 31,247 developers. That’s a lot of developers - 506,742 to be exact.
Where did we get those numbers? They came from appFigures, a company that offers an app tracking platform for app developers and publishers. In a recent report, the company released the details of their research on how many developers were in the three top app stores and how many of those developers published apps in more than one of the stores.
For the purpose of the report appFigures defined a developer as an entity (person or company) that’s currently selling one or more mobile apps on the iOS App Store, Google Play, or the Amazon Appstore.
What the numbers show:
- 12% of developers sell on two or more app stores.
- 1% of developers sell their apps in all three app stores.
- When removing Amazon from the equation, 11%, or 57,563 developers develop for both iOS and Android.
- Even though Google Play and Amazon use the Android operating system only 5.5% (17,354 developers) have apps in both stores.
- 55% of Amazon developers also sell their apps on Google Play.
What does it all mean? You can make your own conclusions by reading the report here, however our take is that developers/publishers are more platform centric that we realized, and don’t currently see a competitive or financial advantage to spend the time and resources to launch apps in app multiple markets.