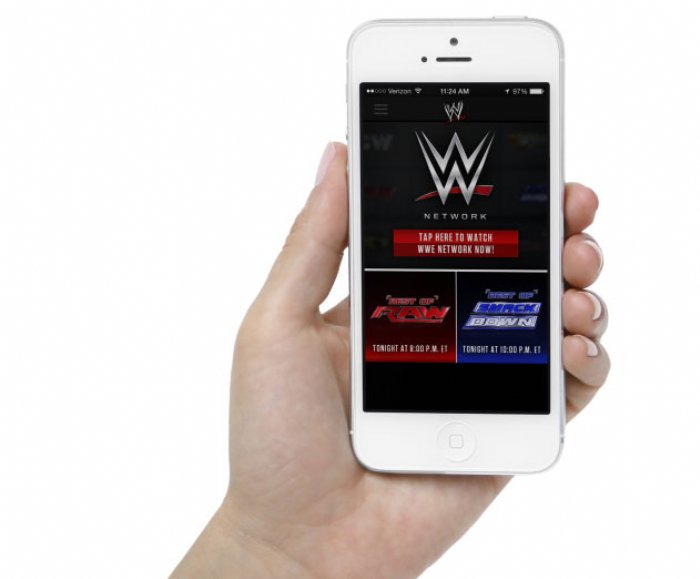 
28,502
For World Wrestling Entertainment (WWE), it’s all about giving fans the most cutting edge experience possible. At this year’s WrestleMania 30 in New Orleans, WWE was able to do just that in a new, meaningful, and decidedly interactive way.
WWE hosted three WrestleMania-related events in New Orleans: WrestleMania Axxess (an event featuring autograph signings, live matches, Superstar Q&A sessions, memorabilia displays) the 2014 WWE Hall of Fame; and the main event, WrestleMania 30.
WWE wanted to do something unique for fans as they visited the WWE event venue. What they ended up doing was to marry on-location exhibits with location aware technology to allow fans to interact specifically with their favorite wrester.
To accomplish this, they worked with the team at Phunware to create WWE’s branded, location-aware mobile app, developed using the Phunware engageME location-based mobile solution, and Apple’s iBeacon, a bluetooth low-energy indoor positioning system that extends location services to mobile apps.
One of the most popular on-site displays was the ‘The Undertaker’s Graveyard’ focusing on the Undertaker, one of the WWE most popular and recognizable stars. Using beacon technology, fans were able to visit the “interactive graveyard” offering faux tombstones that paid tribute to each of the Superstar’s ‘victims.’ As fans neared a tombstone, they could automatically receive ‘Did you know’ facts on their smartphones about the Undertakers’ match with that particular defeated opponent.
This use of location aware technology was widespread at the event. For example, WrestleMania Axxess had 10 Superstar autograph stations. Because Superstars’ schedules were fluid, initially WWE couldn’t inform fans in advance when one of the stars would be available for signing. During the first day, fans lined up at autograph stations, not knowing if they’d get the signatures they wanted.
To solve the problem, the Phunware platform was able to help WWE quickly shift gears on the fly to accommodate fans. Using the Phunware mobile app content management system and mass alerts and notifications engine, WWE began sending out autograph signing alerts as soon as a Superstar’s availability was established. Not only did this help control the flow of crowds, fans with the WWE mobile app felt as if they suddenly had highly valued ‘insider’ information.
The alerts made for a richer fan experience and helped WWE achieve one of its business goals: to encourage fans to more fully explore the complete WWE experience in New Orleans. Using WWE’s WrestleMania mobile app coupled with 120 iBeacons positioned throughout the venues, fans had easy access to all the logistical information about the events: ticket sales; venue maps; an indoor wayfinding feature to help fans find the fastest route to points of interest; event guides; opt-in alerts and more.
WrestleMania 30’s interactive experience was made possible through Phunware’s engageME, a turnkey solution that offers a fully configurable, immersive mobile experience for iOS and Android devices with pre-packaged versions for organizations catering to fans, such as WWE, as well as for retailers, hotels, hospitals, museums and more. Phunware’s engageME uses location technology such as iBeacon, high-density indoor WiFi, and GPS to enable marketers to engage users with interactive, location-based experiences.
Phunware engageME is built on Phunware’s Multiscreen as a Service (MaaS), which includes an end-to-end set of capabilities that enable organizations to launch new mobile and multiscreen experiences or extend the capabilities of an existing experience. Phunware engageME includes integrated mobile analytics, mobile content management, location-based services, and mobile advertising.
Phunware has created a Case Study that comprehensively examines the full scope and impact of location aware technology used at the event including a by-the-numbers look into the total fan engagement created with the WWE App. The case study is a free download on the Phunware website.