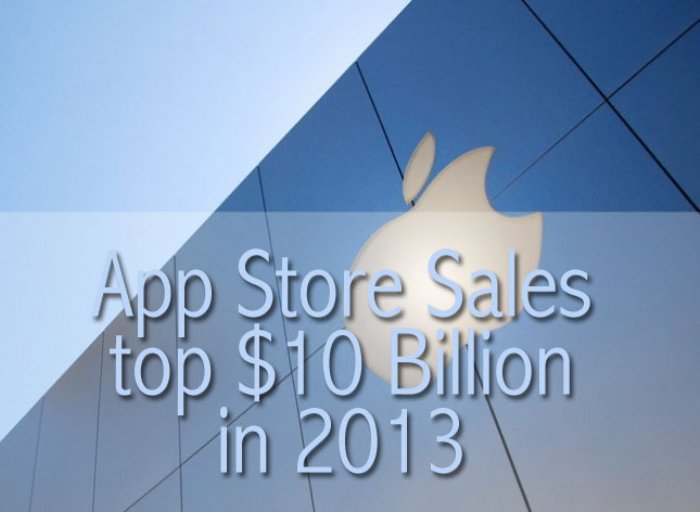 
1,799
$10 billion dollars is a nice round figure. And that’s how much total revenue app developers generated in the Apple App Store in 2013 with $1 billion generated in December 2013 alone. And of course Apple received its cut, $3 billion of that total for the year.
These are the numbers that Apple just released this week, also announcing that developers have earned over $15 billion in the history of App Store.
If you look beyond the announcement there are some startling facts here. Fiddling with the numbers Apple provides us this week, one quickly realizes that 2013 alone represented almost 45% of the total revenues in entire history of the Apple App Store since its introduction in 2008 {I didn’t research this, I just used simple math (and I’m not a math major) based on the info Apple announced for 2013, so don’t crush me if the 45% is not spot on, its just to prove a point!}.
So Apple had a banner year, a historic year. Yet this is the same year that Android made serious inroads in Apple’s market share and Microsoft is just starting to really knock hard on the door. I take Apple’s announcement and its $10 billion grossed to mean that the market is huge and going to keep on growing for a while.
So what does it mean to your friendly neighborhood app developer?
I think it means that there is still money to be made for indie app developers as the market continues to grow. True, its harder than the early gold rush days of the App Store and discoverability is going to be a bigger and bigger challenge. But the money and market is out there, which means that more third party vendors are going to jump in the fray to help developers create and monetize their apps.
So as an app developer, not only do you need to develop a great app, you need to make smart choices on what companies you depend on to provide support that will drive app creation and revenues.
And our job as the only app development industry trade publication and website is, among many things, to keep you informed on who the companies are and what they are offering. And of course identify trends, provide insider information and generally keep app developers up to date on what is really relevant to your efforts.