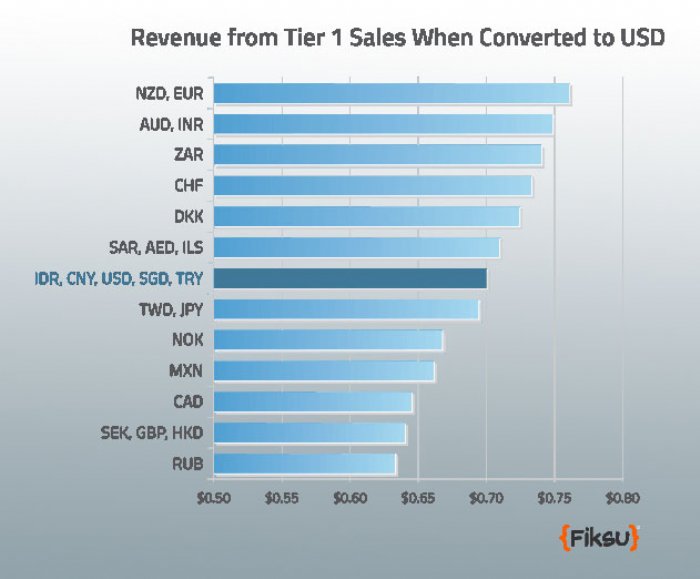 
2,738
Any developer or publisher with an app in the iOS app store understands that 30% off the top goes straight to Apple. However, as Fisku’s Chris Shuptrine points out in a recent blog post on the company’s website, exchange rates may be eroding developer revenues even more - by as much as an additional 10%.
As he explains, Apple has a tiered pricing & commission structure (pricing matrix) for all purchases, and this structure is different for each country’s currency. Apple converts other currencies into the developer’s currency using the exchange rate at time of payout but its pricing matrix is not updated in real-time, instead typically every few months. So as exchange rates fluctuate, developers may not get their full 70% USD cut for a given currency’s pricing tier.
As he demonstrates, the pricing matrix indicates a tier 1 $0.99 sale in Canada will net $0.70 in CAD. With exchange rates as of the blog post at $0.91 USD for $1 CAD, Apple will payout only $0.64 to the developer. Therefore, absolute US revenue is about 10% less for a same-tier CAD purchase.
He does point out that exchange rates sometimes work in a developer’s favor with the following examples: New Zealand Dollar nets $0.76 for a Tier 1 sale; the Euro $0.76; and the AUD $0.75. The currencies where developers are most negatively affected are the Russian Rubble ($0.63), Hong Kong Dollar ($0.64), British Pound ($0.64), Swedish Krona ($0.64), and CAD.