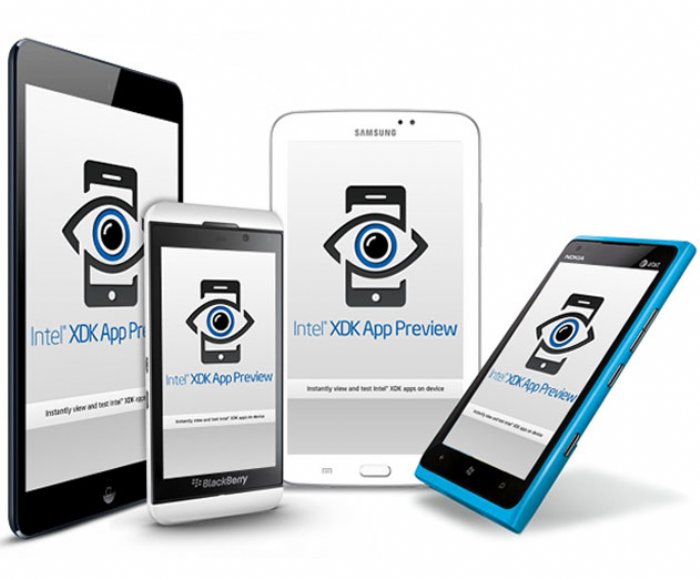 
19,130
The Intel App Framework JavaScript library is a cross-platform UI library built for mobile HTML5 apps. The UI styles in this library are designed to adapt to a target platform (Google Android, Apple iOS, Microsoft Windows 8, and new RIM Blackberry devices) so apps can have a target-specific look and feel.
The App Framework library also includes an optional query selector library that takes advantage of the latest built-in HTML5 and CSS3 features of browsers and supports valid W3C CSS selectors.
App Framework 2.1 offers a new website and documentation including examples of all of the available APIs. The new portal allows developers to see what the UI elements can look like through an interactive view with a simulated phone skin for the UI Components of App Framework. Developers can look at the common elements (buttons, headers, footers, lists, etc.), see the UI element code and API, edit and sample a code snippet for it on the fly, then cut/paste the code snippet providing the ability to quickly implement it in an app.
There are also a number of improvements and bug fixes in 2.1. The JavaScript scrolling library has been optimized for Android 4+.  A split view property has been added to App Framework UI to help developers enable or disable a split view on tablet devices.  Developers can now also disable App Framework UI’s route management for use with other libraries such as Backbone and Angular. Intel has also added fixes and optimizations for App Framework to work better in apps using Cordova containers.
App Framework is comprised of three parts: App Framework - a query selector library; UI/UX library for smartphone and tablets; and Plugins built on top of App Framework
App Framework was built from the ground up for mobile devices and is designed to be light and fast. It takes advantage of new browser features and supports valid W3C CSS selectors. According to Intel, user generated performance tests at jsperf.net have shown it to be faster than every other JavaScript library available.
App Framework UI, also known as AFUI, is a mobile framework that treats Android, iOS, Blackberry and Win8 the same. In other words, AFUI does not degrade features or performance in order to resolve conflicts or bugs. For example, many frameworks consider Android to be "broken" and ignore specific versions of that operating system or take shortcuts that perform poorly. App Framework solves these key issues to provide a clean and responsive HTML5 user interface. It currently supports over 60 API's for App Framework with jQuery compatible syntax.
The App Framework UI provides a developer with the JavaScript resources to build an app to look and function (from a users point) exactly like a native app would. For example, standard user interface elements such as headers, footer, and transitions are all automatically provided. App Framework UI supports the HTMl5 history APIs to handle back button navigation and it works great along side MVC frameworks like Backbone.js.
Plugins are separate JavaScript libraries created to augment apps written using App Framework. Plugins provide useful features or functionality that may be outside the scope of basic applications. App Framework UI harnesses core plugins including af.scroller.js and af.css3animate.js.