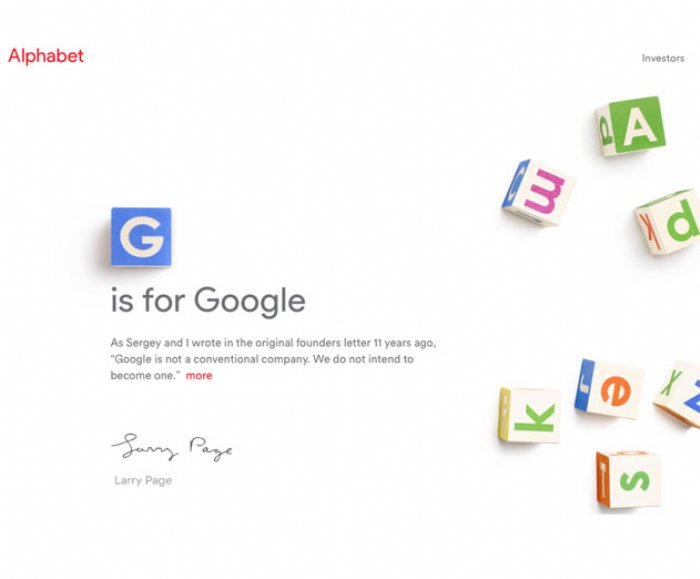 How Do You Spell Google Use the Alphabet


4,369
My guess is Google’s recently announced name change to “Alphabet” won’t mean a big change for most of us. The new company has its own website – a one pager short on info with a simple message from Larry Page, Google’s CEO. Not earth shattering.
Google stockholders will see no real change as Alphabet Inc. will replace Google Inc. as the publicly-traded entity and all shares of Google will automatically convert into the same number of shares of Alphabet, with all of the same rights. Google will become a wholly-owned subsidiary of Alphabet with the two classes of shares continuing to trade on Nasdaq as GOOGL and GOOG. Not much change there.
The blog post announcing the name change provides some insight stating that Google will be slimmed down and will be run independently as it is separated into other companies under Alphabet “that aren’t very related.” Sounds rather simple.
So why would Google do something so expansive as to shake up its brand and start branding under a new name? My answer is - I don’t really know. I don’t imagine they did if for grins and giggles and the web is full of really smart people commenting on the name change so you use the Internet to Google (or Alphabet) to see what the professional prognosticator’s say.
Perhaps it’s as simple as this - now when you look them up in an encyclopedia, their name will appear before Apple’s. If so that’s good enough for me.