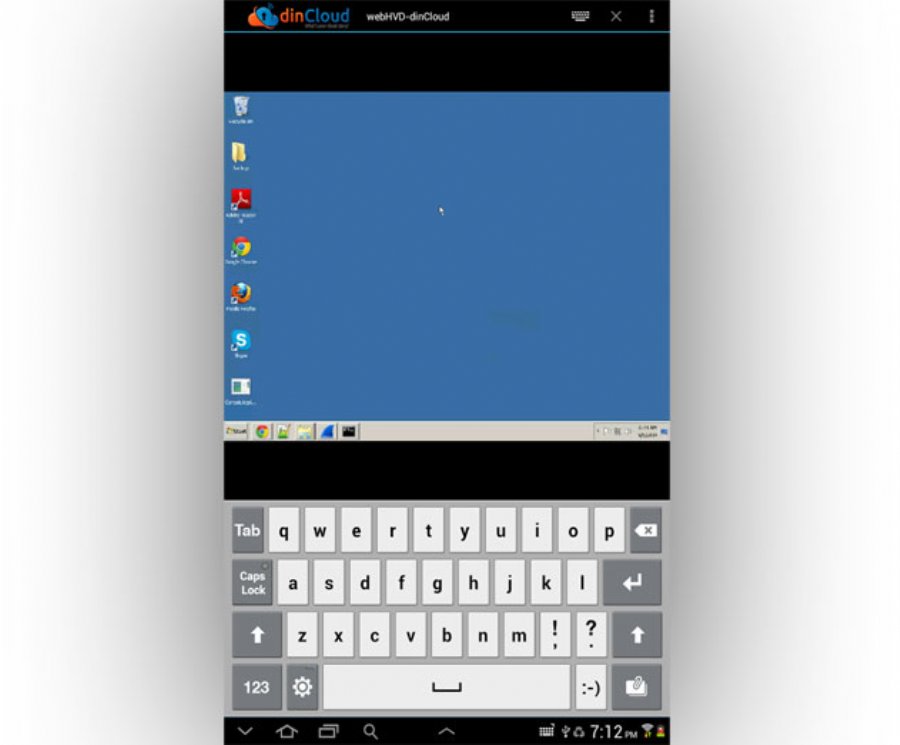 
2,392
dinCloud just released its HTML5-based hosted virtual desktop solution called WebHVD.  WebHVD will also be available on Android devices, downloadable for free at the Google Play store. dinCloud is a cloud service provider.
WebHVD by dinCloud allows for users to access not only its Windows Desktop Service but now offers access to the Android Platform. Google Play highlights that the WebHVD app is supported on more than 5,000 devices, including Google Nexus 7 and Samsung Galaxy phones and tablets.
The solution is ideal as WebHVD can replace remote access VPNs. It can also replace other technologies which are accessed through remote and home locations. There is no VDI or backend setup required. Customers are able to upgrade, provision and access a turnkey desktop in just a few minutes.
The Android app is also secure and provides Android smartphone and tablet functionality, security features, anytime accessibility (with the aid of a cellular data plan), finger control, Single and Double Tap for Left Mouse Click operation, Right Mouse Click by tapping with two fingers, virtual keyboard for data input, Send Key utilities (for example and Zoom and Zoom Out functionality.
Mike Chase, CTO at dinCloud highlighted that tablet growth approached almost 10% in the 3rd quarter and it has created an exciting opportunity for companies to utilize a hosted virtual desktop offering like WebHVD. Chase stated that users want to connect to legacy applications from any device, and now that Android has an extension for Chrome, we provide an application for this without traditional and costly VDI set up when using a Windows virtual desktop in the cloud.
WebHVD is accessible through Mac,Windows and Linux desktops through the Google Chrome browser. The solution is easy to implement and is fast and secure. The WebHVD solution also supports YouTube, Netflix, Microsoft Silverlight and Adobe Flash.
WebHVD customers can download WebHVD’s free Android app at the Google Play store.