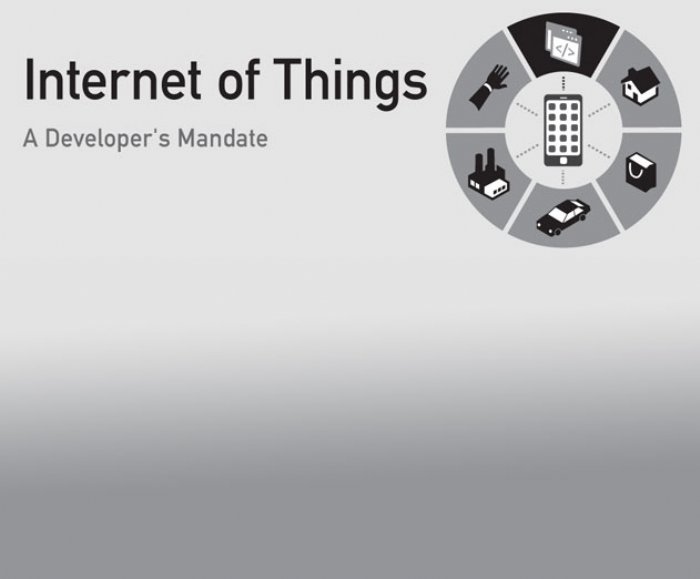 
24,610
It seems you can’t turn the corner without having someone virtually knock you on the head with the Internet of Things (IoT). But as an app developer, have you really heard anything yet about IoT that says, OK, now that is relevant to me?
First, if you don’t know what the basic concept of IoT is, here you go: Connect all the things to the Internet so that automation and decision processes are streamlined.
It sounds simple, but as a developer you know it’s not. In my opinion, that simple statement is too broad, “all the things” is too much to mean anything. I’m not knocking IoT, I’m saying that it’s hard to translate that statement to mean something to my specific situation.
It’s like I learned in my college Marketing 101 class. The mistake a car dealer makes is saying in an advertisement that they have $2 million in available money for car loans. Who cares, when what I really need to know is if they have $25k specifically for me (funny what you remember from school).
However, the IoT train is steaming full speed ahead and you need to figure out where you are going to be riding. Trust me, the engineer’s seat is going to be better than one in the caboose.
So to learn “what it means to you,” the Application Developers Alliance is producing a series of six reports that provide a real world, developer centric IoT discussion.
The publication series has been produced by the Alliance’s Emerging Technologies Working Group, which includes Mobile Smith, Intel, Samsung, Flurry, New Relic, Fortumo and others. These are companies that are investing heavily in IoT personnel and resources, so you can bet they have done their homework on the subject.
The first publication in the series is Internet of Things: A Developer's Mandate. The publication is now available and serves, in part, as an introduction to IoT. It provides a history of how the concept of IoT evolved, where we are today, and what the experts predict the future holds.
A key discussion is the need for standards that are open or interoperable, which allow developers to design, deploy and engage customers with IoT applications. Without a set of agreed upon industry standards, developers may have to create apps for hundreds of different standards (sound familiar?). A lack of standards also raises major issues for security and privacy.
This first publication covers way too much ground to discuss fully here. And there really is no reason for me to do so, because it is available directly on the Alliance website, as well as in PDF format. There is no signup required, go to the page and dive in.
And, as I mentioned earlier, this is the first publication in a series of six. These subsequent papers will discuss specific industries - Home, Retail, Auto, Manufacturing and Wearables - that will be significantly influenced by IoT. Each paper is written to help developers gain insight into their place in these specific IoT ecosystems and will provide advice on best practices and specific opportunities for creating apps.
We’ll keep you updated as new papers in the series are made available.