Next
Richard Harris
7/28/2017 10:08:29 AM
7/28/2017 10:08:29 AM
Where is app speed the fastest Surprisingly, not in the US
Mobile Data Speeds,Worldwide Internet Speeds,Internet Disconnects
https://appdevelopermagazine.com/images/news_images/Where-is-App-Speed-the-Fastest-App-Developer-Magazine_roguohry.jpg 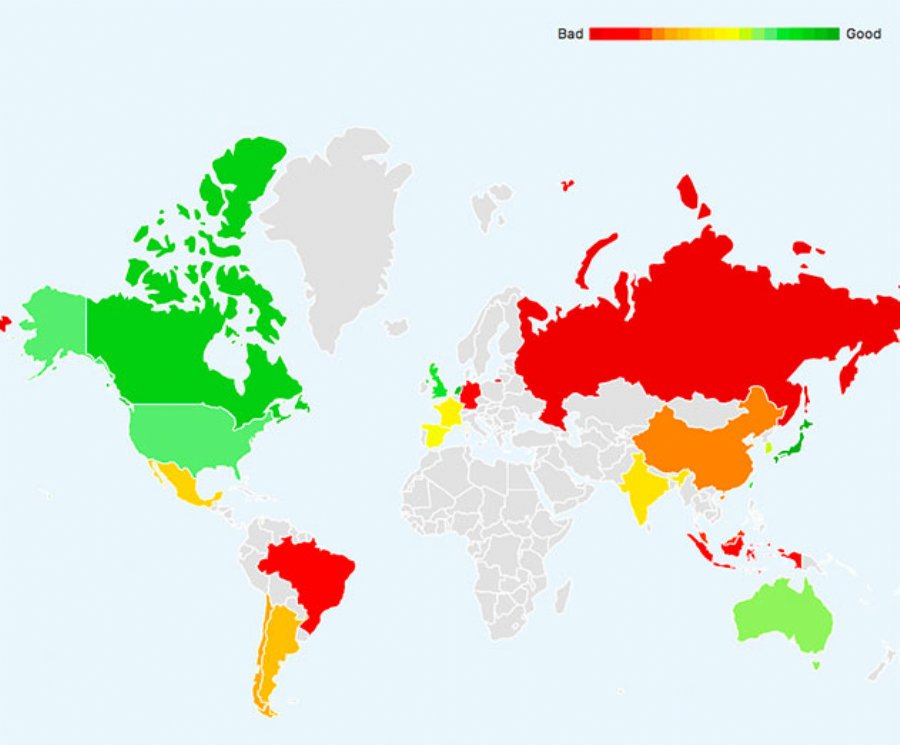 Where is app speed the fastest Surprisingly, not in the US

Countries with faster mobile app speed than the US include Russia, Mexico, Brazil, Australia, Taiwan, France, Germany, Canada and several more. That’s according to the PacketZoom Q2 Mobile Observatory and Benchmark Report, which measures app speed, disconnections, and other performance variables worldwide.

In May, Akamai reported on global internet speeds, but PacketZoom says the Akamai report provided an inaccurate look at mobile app speeds because they were only able to examine network data as opposed to real user data, which is what PacketZoom’s report looks at.

Some more findings from the PacketZoom report include:

- The United States was in the middle of the pack for response time - at 458 milliseconds, it fell slightly below the global average of 438 milliseconds.

- An average of 7.9 percent of all mobile app sessions worldwide suffer from network disconnections.

- The least reliable countries in terms of network disconnections are Russia (13.3 percent) and Indonesia (12.1 percent).