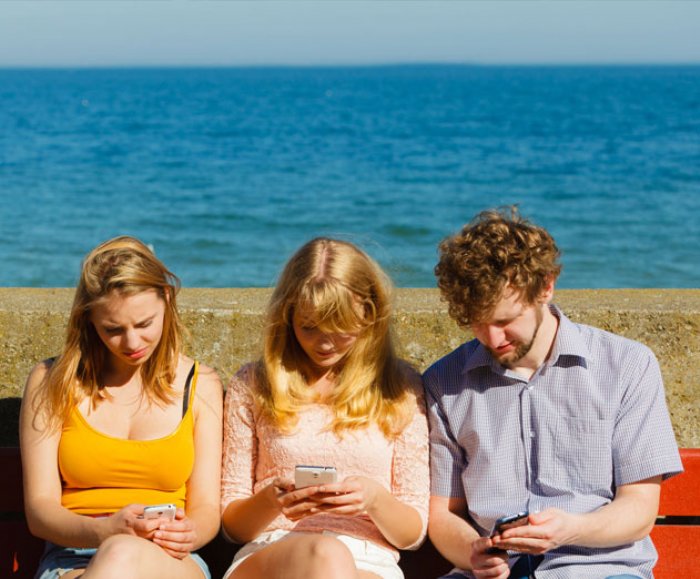 A new Q1 2017 report from Smaato was just released. Titled the "Global Trends in Mobile Advertising Report",  data was analyzed from 300 billion mobile ad impressions served on its exchange each month and found that mobile ad space is more valuable than ever before as global eCPMs grew almost 50 percent year-over-year.
Fueled by explosive growth in the Asia-Pacific (APAC) region, mobile ad spending on the Smaato platform overall climbed 14 percent over the last year. China - the world's second biggest mobile advertising market - was the strongest Top 10 market performer on the Smaato platform and saw its first quarter ad spending nearly double (+90 percent) since the same quarter last year. China’s ad spending growth was also more than twice that of the next fastest-growing Top 10 market, Australia (+37 percent).

While China continues to be a mobile ad juggernaut, some of APAC's impressive Q1 growth can be attributed to Chinese/Lunar New Year, which fell on January 28. Celebrated by more than 20 percent of the world’s population, countries in the region that celebrate the holiday experienced 18 percent higher ad revenue on average than neighboring non-celebrating countries. The number of unique devices on the platform from celebrating countries also spiked on January 28.

According to eMarketer, mobile users in the US now spend 89 percent (more than 2 hours daily) of their total smartphone time in-app, and advertisers are taking note in their spending. In-app ad spending continues to eat mobile web and now owns 91 percent of all global ad spending on the Smaato platform, which represents a 41 percent overall increase since Q1 2016. In-app eCPMs have also increased 54 percent in Q1 year-over-year.

“The data across our global platform indicate that advertisers are catching on to how consumers increasingly spend their time in apps. When advertisers understand the value of the long-term tracking capabilities of in-app advertising, combined with rich audience data, we expect to see the eCPMs of in-app advertising to increase by 50 to 100 percent until 2019,” said Ragnar Kruse, co-founder and CEO of Smaato.

- Mobile ‘prime time’ differs from country to country. In the US and the UK, mobile ad views and spending peak on weekdays from 7-11 pm and 3-9 pm, respectively. However, in Japan, ‘prime time’ on weekdays is much later, occurring between 7 pm-1 am In China, mobile usage is consistent throughout the day.

- Music Apps Rock Ad Spending, While eCPM Shines in Weather Apps. The Music app category is the clear leader for total ad spending share on the Smaato platform (16 percent vs 10 percent for the next highest category). The Weather app category commands the highest eCPMs - more than 2.5x higher than any other category.

- Major Sports Events Spike Mobile Ad Value in the US. Within the Sports app category, eCPMs on Super Bowl Sunday jumped +25% versus other days in the same month, while the NBA Finals and Copa America spiked Sports app eCPMs in late June over 40 percent.