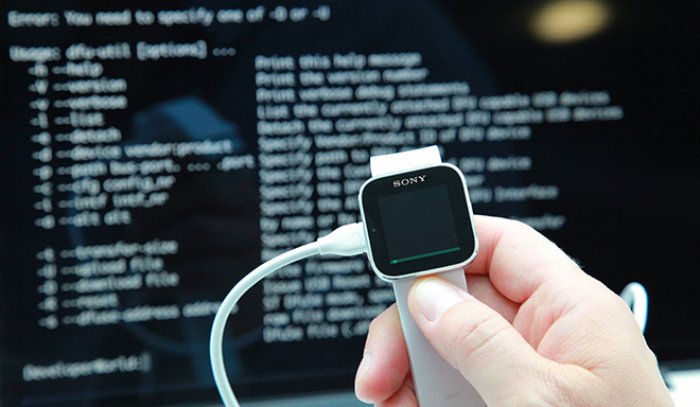 
1,619
While developers have been able to create apps for the SmartWatch using the Sony Add-on SDK for a while now, the new Open SmartWatch project allows advanced developer to take control of Sony's SmartWatch as a hardware peripheral in new ways by creating and flashing their own alternative firmware.
According to Sony's Tobias Nilsson, "Openness towards the developer community has been an important driving force for us for a long time. We've have, for example, published everything from open sourced binaries and code examples to DASH, and made it possible to unlock many of our smartphones and tablets. We're now adding an experimental project we call Open SmartWatch to that list, resulting, we hope, in a lot of innovation. It means we'll make it possible for advanced developers to create and flash alternative firmware to Sony SmartWatch, by sharing technical details and instructions."
Sony has created a new a Hacker Guide with technical information, instructions for how to flash the SmartWatch and a list of existing firmware versions. The Hacker Guide includes reference information for SmartWatch, including information about the display, Bluetooth, I2C peripherals, touch sensor protocols and much more.