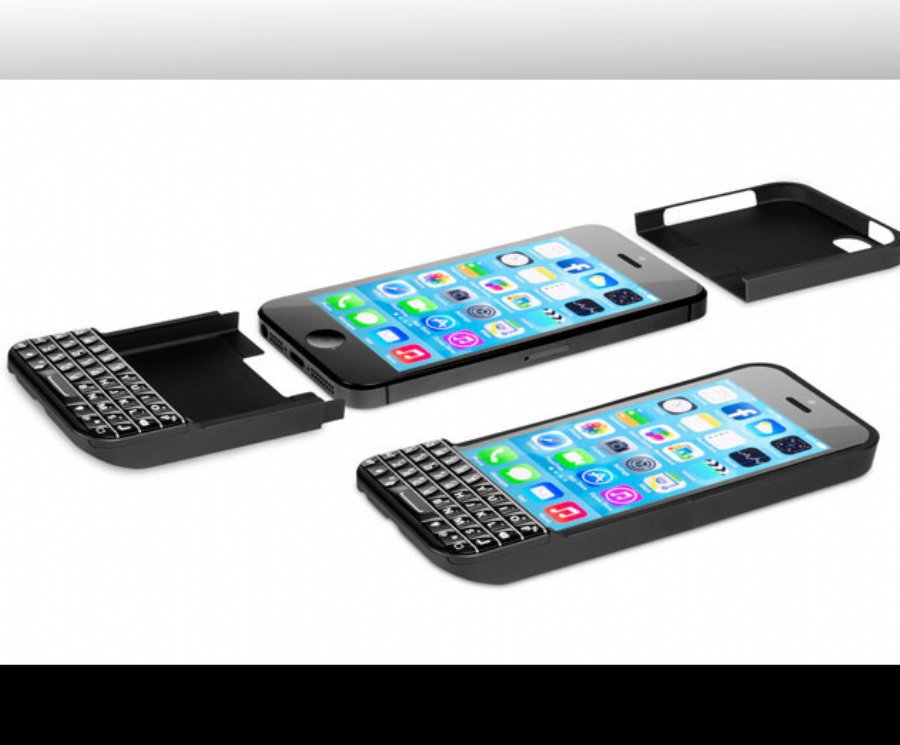 Put a BlackBerry Style Keyboard On An iPhone


2,127
In case you are a BlackBerry user who never got used to the iPhone keyboard a new snap-over case called the "Typo" might be the answer for you because it has a built in BlackBerry style keyboard (yes, actually keys) built right in!

The keyboard-case costs $99.00 and is currently out-of-stock until March because supply just can’t meet demand.

Typo works on iPhone 5 and iPhone 5s smartphones and provides a secure case that covers the front and back of the iPhone.

What users are really paying for, however, is the tactile QWERTY keyboard which allows users to type on physical keys, just like they would on a BlackBerry keyboard.

The Typo has attracted a lot of attention, not just because it is backed by American Idol host and DJ Ryan Seacrest, but because it closely resembles a BlackBerry keyboard.

Typo has copied BlackBerry’s design, the shape and curvature of the thumb-keys, the metal frets that separate the rows of keys and even the tactile feel, or travel of the keys as one taps on them. The downfall of using the Typo is the fact when slid over the phone, the home button gets completely covered up.

The Typo, which was shown off at CES 2014 in Las Vegas, also attracted the attention of BlackBerry who sued Typo soon after they started taking orders for the keyboard case.

Newly-minted BlackBerry CEO John Chen said that, “The keyboard is our identity, If you copy our keyboard, of course we need to assert that right…If somebody wants to license it they’re welcome to do that, but they can’t just take it.”