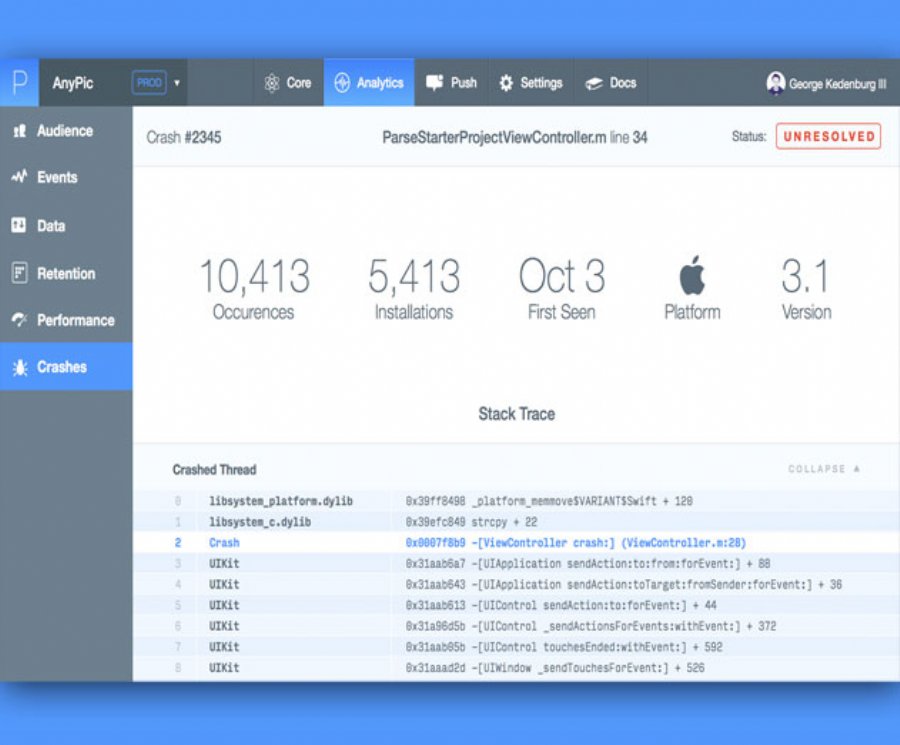 
34,057
Parse has recently introduced two new products: Crash Reporting for iOS and Android,  and Local Datastore for iOS.
Parse Crash Reporting provides the ability to register, track, and resolve crashes in apps. The Parse team notes that there are a number of third-party crash reporting tools available but say their crash reporting platform is a way to reduce the complexity that comes with using different SDKs, learning new APIs, and monitoring multiple dashboards.
Parse has updated their iOS and Android SDKs to provide an interface that detects the bug, pinpoints the issue, and generates a report allowing you to resolve problems. With this update, the SDKs automatically cache and resend crash reports if connectivity is unavailable. The Parse backend tracks bugs on a per-version basis, so that if you’ve reintroduced an old bug in a new version of your app, Crash Reporting still ensures you’ll notice and fix it as soon as possible - even if you’ve previously marked it as “resolved.”
Enabling crash reports is a cinch too. For android: ParseCrashReporting.enable(context);
and for iOS: [ParseCrashReporting enable];
The sending of crash reports from the client is asynchronous and takes place automatically in the background so any crashes that occur which aren't evident to the user gets sent silently.
Another new feature to the Parse platform is the Local Datastore for iOS. Last spring, Parse released the Local Datastore providing a way for apps to preserve functionality even when a user is experiencing bad reception due to lack of connectivity. Built into the Parse Android SDK, the local datastore lets you to take your app offline with just a few lines of code. Now Parse has added this functionality to their iOS SDK.

These two new products arrive just on top of other recent functionality added to the Parse platform. These include: