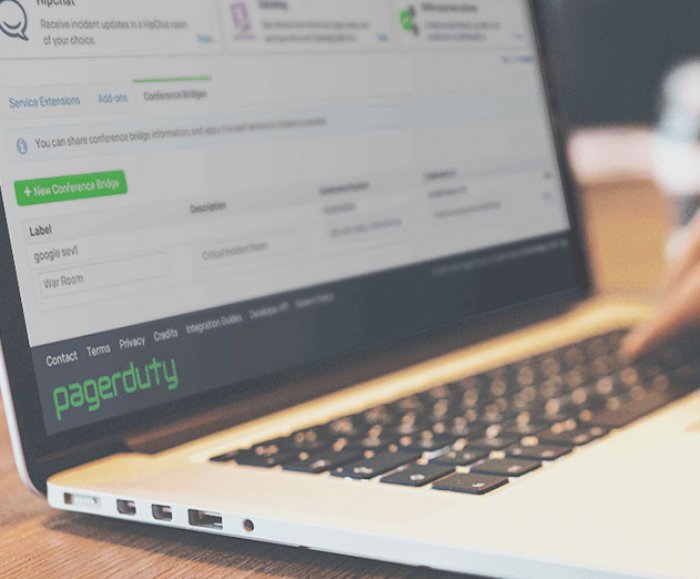 PagerDuty expands into APAC regions along with new Australia IT report

PagerDuty, a provider of digital operations management, has announced the launch of its local team in Sydney, Australia. The global expansion will help the company further grow its presence in the Asia-Pacific region and address the increasing need for digital operations management software. The company also announced the appointment of David Wall, former head of APAC sales at Dropbox, who brings more than 10 years of executive leadership and software industry experience growing businesses in the region; he will lead the company's expansion into Australia and Asia Pacific by continuing to build an ecosystem of customers and partners. In concurrence with these reports, we also have key insights from their State of Digital Operations: Australia report listed below.

"Leading companies across industries and of all sizes are more dependent than ever on digital for revenues and customer engagement. PagerDuty is experiencing strong growth by addressing real-time digital operations challenges," said Jennifer Tejada, Chief Executive Officer, PagerDuty. "Our expansion in Asia-Pacific highlights our efforts to provide developer and IT operations teams, as well as the broader business, with better visibility and insights to effectively prevent and manage incidents, ultimately delivering a great customer experience."

"There is a critical need in APAC for PagerDuty's customer-centric approach to digital operations management. The company stood out to me as the best equipped to handle the rapid expansion of digital services and their operational needs. I look forward to helping shape the future direction of PagerDuty through key channels and alliances in this region while empowering customers to become more successful," said David Wall.

In his new role, Wall will apply his deep knowledge of developing successful growth strategies to build on PagerDuty's position as the leading digital operations management platform. Prior to PagerDuty, Wall was a key member of Dropbox's leadership team, responsible for developing, executing and driving growth through direct and channel sales within the APAC market by helping companies simplify the way people and teams work together.

In a report done by PagerDuty, more than 75 percent of Australian consumers surveyed said they will leave a digital app or service in one minute or less if it is unresponsive of slow. On the other hand, nearly all IT personnel in development and operations surveyed said their organisations take between six minutes to more than one day to resolve IT incidents that impact consumer-facing digital services. The business impact is significant - more than half (56.2 percent) of IT personnel cited customer-impacting incidents occur at least once a week or more. Further, nearly one third of IT personnel surveyed (33.4 percent) reported that an hour of IT downtime costs them between $500,000 to more than $10 million AUD.

The Business Impact of IT Incidents

IT incidents impact more than IT organisations. The State of Digital Operations report found that IT incidents also have a direct impact on stakeholders in the lines of business:

- Nearly one third of respondents (33.4 percent) report that one hour of IT downtime costs their companies between $500,000 to more than $10 million AUD.

- The non-IT departments most impacted by IT Operations issues are sales, research and development, accounting and finance, marketing, customer service and production.

- Despite IT incidents becoming increasingly tied to business success and the bottom line, only 21.4 percent of organisations prioritise informing business stakeholders after a disruption occurs.

- Less than half of organisations (44.3 percent) contact affected customers or users.

The IT Readiness Disconnect

The survey of over 200 IT personnel in development and operations found that while a majority feel confident that their organisation is prepared to support digital services, more than half are still experiencing customer-impacting incidents (slowness or downtime) at least one or more times per week.

- 71.9 percent of respondents feel confident that their IT organisation is prepared to support digital services.

-  56.2 percent of respondents noted that their organisations are still experiencing customer-impacting incidents (slowness or downtime) at least one or more times a week.

The rise in digital service offerings has also created operations challenges for IT organisations such as increased difficulty in capacity planning (e.g. increase in volume of data), increased complexity resulting in more cognitive load and an increase in number of tools. IT organisations also face reduced budgets, lack of full stack visibility, lack of contextual data when troubleshooting, siloed IT functions limiting collaboration and alert fatigue.

The Cure for the Common Digital Disruption Challenge

Many IT professionals are adopting modern development methods and tools to address the challenges of digital operations and consumer expectations:

- According to IT organisations, incident management reigns supreme among those who feel prepared to effectively support digital offerings, with DevOps, continuous integration, agile development and ChatOps identified as other common practices.

"Today's IT teams are faced with more complex architectures that result in a number of new operational and technological challenges. The number of tools used, coupled with the increase in volume of data in play, makes it even more difficult to ensure a consistent digital experience for customers," said David Wall. "As organisations bridge between IT performance and a superior digital experience, their IT teams and lines of business must be equipped with digital operations tools and services that enable even more visibility into the digital stack."