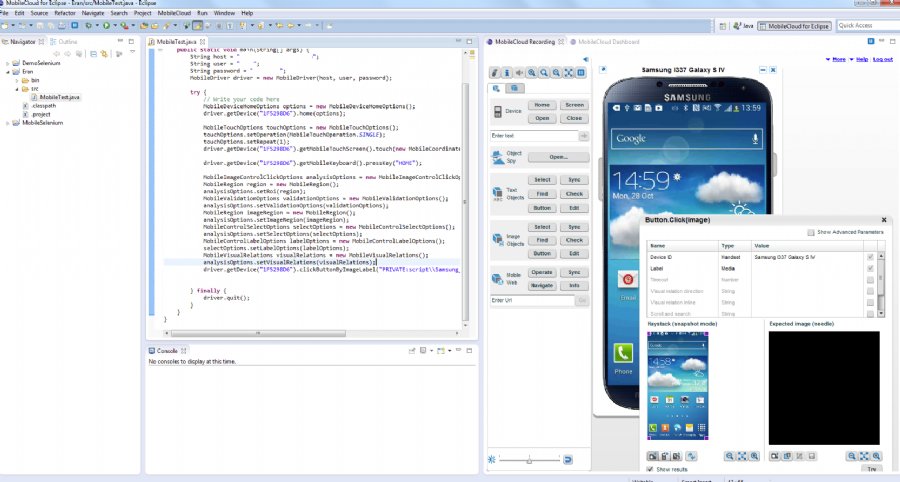 
3,153
Perfecto Mobile has announced an extension to Eclipse, one of the most popular integrated development environment (IDE) for mobile applications. With Perfecto Mobile’s new MobileCloud for Eclipse add-on, developers and testers can accelerate their mobile app development cycle, all from within the Eclipse IDE. The company has built an add-on which allows teams to develop-build-test-deploy their native, web and hybrid mobile apps.
<p>
Developers can test their apps on real devices on the MobileCloud which are accessible to them from within the IDE, with a full range of mobile centric functions such as device vitals, logs, rich media reports, debugging features such as checkpoints, and other validations. Some of the key capabilities that MobileCloud for Eclipse includes: WebDriver Compliant Extension– rich device capabilities such as checkpoints and validations, device logs and more as part of the Selenium scripts. Device agnostic scripting – lets you test across diverse mobile application (native, hybrid, HTML5) types and devices.
<p>
Fully integrated MobileCloud frameworks from within Eclipse – develop and execute your test scripts on real devices from within the IDE. Test Automation Recorder and Dashboard – easy script development for any mobile application using the script recorder tool. Robust automation capabilities – supports full object types (DOM, Native, Visual via OCR) for cross-platform (iOS, Android, Blackberry and Windows Phone) test automation In conjunction with Perfecto Mobile’s existing plug-in to Jenkins, the entire develop-build-test-deploy cycle can be done as part of the Continuous Integration framework, allowing organizations to validate their mobile products in a matter of minutes. By shortening the cycle, organizations are able to achieve greater scale and coverage of devices and platforms, resulting in the highest quality apps.
<p>
Perfecto Mobile’s MobileCloud provides a cloud based mobile solution, which allows organizations to share devices, reports and run unattended testing on various devices connected to real networks which are accessible from anywhere. Several of these key capabilities were embedded into the Eclipse add-on to allow sharing of device dashboards and more.