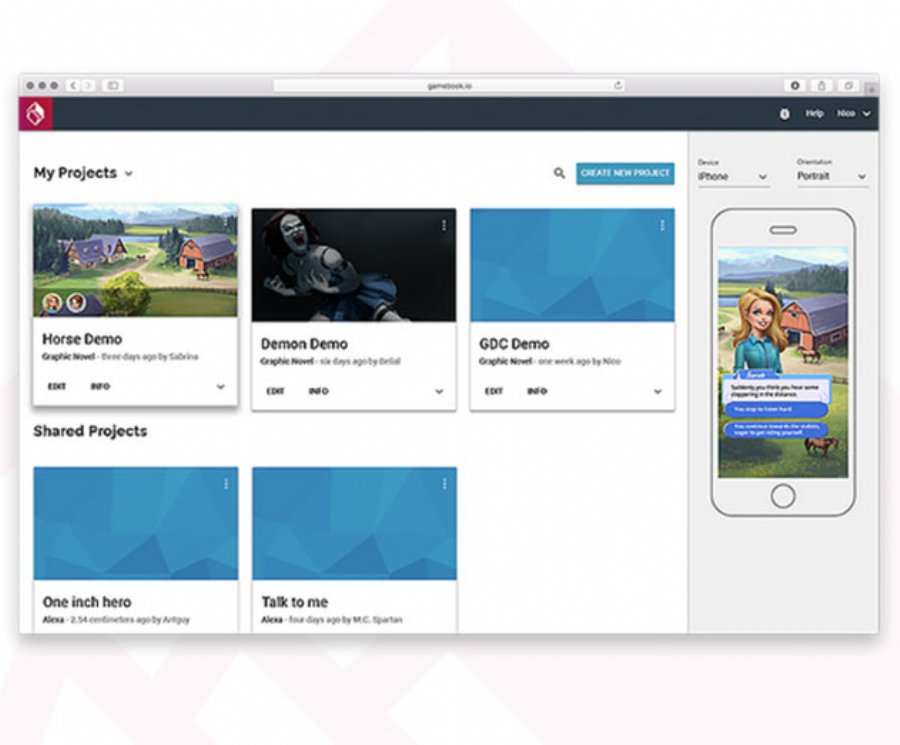 Gamebook has announced its new production software for the quick creation of high-quality, episodic, interactive stories, such as “choose your own story” style mobile games, interactive audio dramas, interactive books and apps, eLearning apps, and more.

GameBook.io is designed for anyone who wants to quickly create interactive stories, including storytellers with little to no technical experience. At the center of Gamebook.io is an easy-to-use graphical, browser-based editing interface with a text editor for writing scripts, and a graphical branching editor to create and track branches in the story. A separate publishing screen enables storytellers to preview (or listen to) the story on their target device, to track various versions of the story (such as localized versions), and to access assets and images used in the story. Once a story is finalized, Gamebook.io can output it to mobile (iOS, Android) and Alexa, with support for PC via HTML5 coming later this year. Finally, support for multiple F2P monetization options enable storytellers build in ways to monetize their content.

“For over a decade, our team of game development veterans has created content for other studios around the world. We know how much effort can go into the creation of one interactive game, let alone two or three. Our mission for the last three years has been to change that,” said co-founder and CEO, Prof. Thomas Langhanki. “We want to enable storytellers, whether individuals or teams, to produce high-quality, immersive content and stories in weeks, not years, and to do so far more cost-effectively. The result of our efforts is Gamebook.io, which we've been using internally to create our own content and we're thrilled to finally announce to the world.”