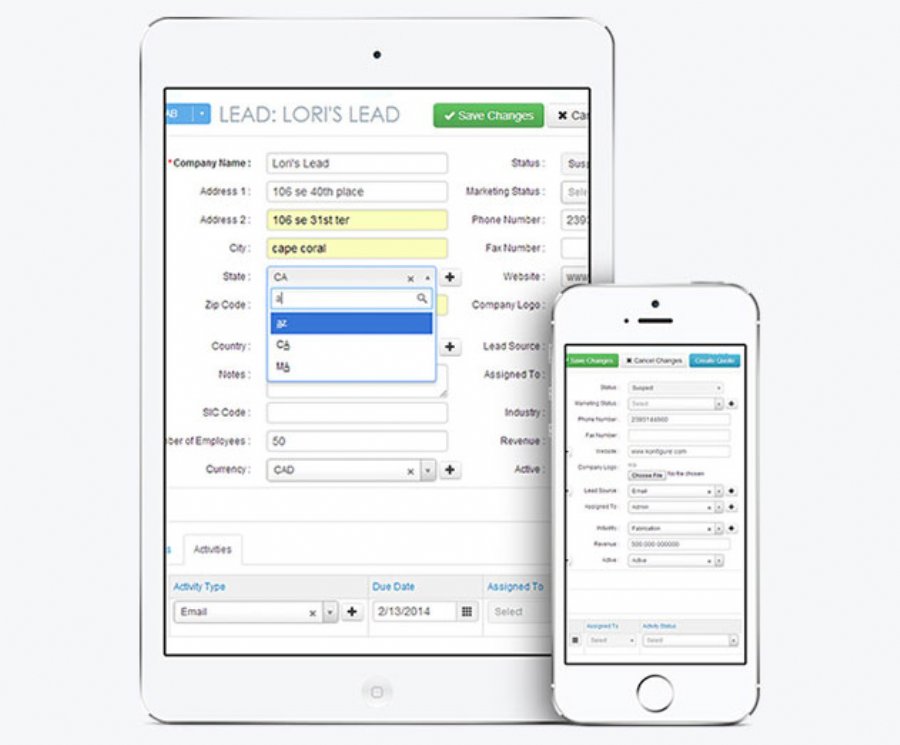 
1,757
KeyedIn Solutions has updated the name of its KeyedIn Flex Platform to a new name, Konfigure, in an effort to align with the platform’s new changes which support its new focus as a configurable SaaS which allows users to configure apps without coding.
With the platform users construct an app using a drag and drop interface which enables the ability to create forms and data models while the platform automatically builds databases, interfaces and relationships. Users can then create workflow steps to automate processes, manage tasks and add business rules to applications.
Once created, the apps are deployed automatically to the Cloud in real time. Features include searchable navigation for access to key functions; role-based visual dashboards featuring reports, grids, charts and links; a simple event-driven workflow, for sending emails, running calculations and updating records; and a multi-table reporting system, with drill down summaries, roll up and pivots.

Rich Dumelle, general manager of the Konfigure division, said, “We believe that configuring -rather than coding - applications is the future of software development. Doing so providescompanies with flexible and scalable business-critical applications that can be built extremelyquickly, without sacrificing usability. This relaunch highlights the benefits of the revolutionarytechnology we can give businesses and reinforces our message: 'Don't Code - Konfigure!'"