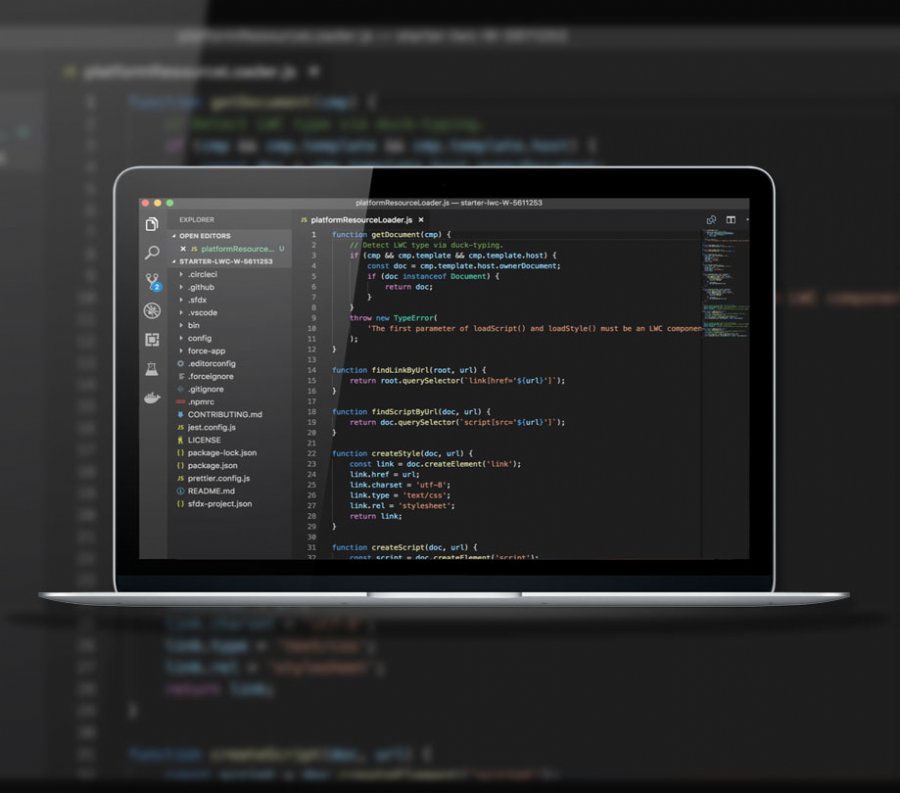 Javascript programmers can now use something new from Salesforce named Lightning Web Components to build an application on their platform.

Lightning Web Components hopes to allow any JavaScript developer to build on the Lightning Platform with skills they have and in languages, they are familiar with and includes a standards-based component authoring format, compiler, and rendering engine.
The Lightning Platform already includes a host of other developer services that quickly implement enterprise app capabilities including: Lightning Data Service, which gives developers access to their Salesforce data and metadata in JavaScript; Lightning Locker, which provides enterprise-class security around JavaScript code; and the Base Lightning Components, a library of more than 70 building blocks that accelerate app development.

In addition, by combining Lightning Web Components with the broader Lightning Platform capabilities -  including pro-code tools like Salesforce DX; low-code solutions like Lightning App Builder and Lightning Flow; and enterprise services like Salesforce Einstein and Salesforce IoT - companies can build large-scale customer experiences, extend the functionality of CRM, create apps for specific departments ranging from HR to finance, and more.

Lightning Web Components from Salesforce are: