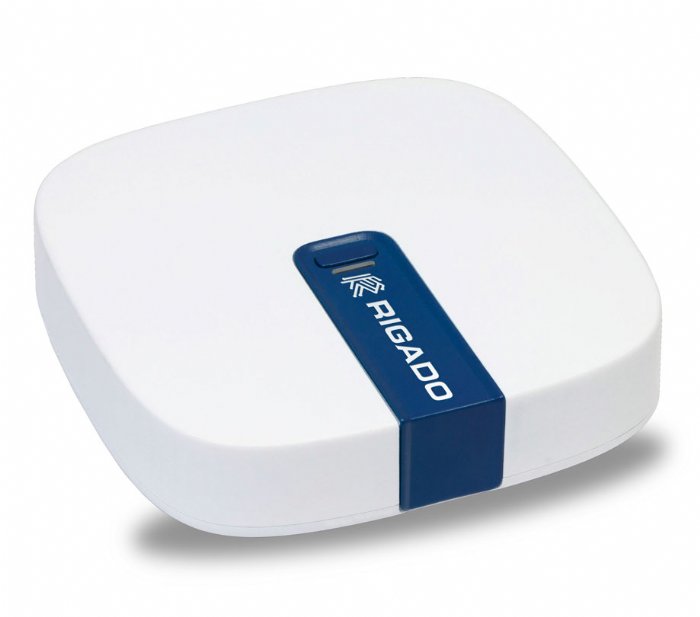 Internet of Things (IoT) applications and solutions using Bluetooth sensors now have a seamless, efficient, and affordable path from device to the cloud with little to no coding required thanks to the new Rigado’s Cascade IoT Gateway.

This new functionality combines the scalability of AWS IoT Greengrass edge computing with the flexibility of Bluetooth connectivity and is provided as part of Rigado’s “edge-as-a-service” Cascade IoT Gateway. The direct connection from the Bluetooth sensor to the cloud is made possible through the integration of AWS IoT Greengrass and Rigado’s Edge Connect on the Cascade gateway. It provides the ability to interact with Bluetooth devices using Rigado REST APIs via AWS Lambda. AWS IoT Greengrass Connectors, a new feature of AWS IoT Greengrass, allows applications to connect to AWS services including Amazon Kinesis Data Firehose, Amazon Simple Notification Service (Amazon SNS), and Amazon CloudWatch. This allows for a full data chain with little to no coding required.

Ben Corrado, CEO at Rigado, offers this commentary: “For those working in Commercial IoT development using AWS, this is the very first time a full IoT recipe kit using Bluetooth has been made easily accessible. This brings customers the ability to run AWS IoT Greengrass at the edge with commercial-grade orchestration tools for large-scale, production IoT solutions. This is critical for commercial IoT as the development in that space requires a unique mix of edge connectivity and computing at scale. Bringing AWS IoT Greengrass and Bluetooth 5 easily together gives developers the tools needed to make that happen.”

With Bluetooth Low Energy, especially Bluetooth 5 with its longer-range capability, rapidly gaining popularity in Commercial IoT devices used for sensing, monitoring, and asset tracking, this new combined solution comes at a critical time. IoT teams building applications with thousands or even millions of Bluetooth devices can now leverage the power and scalability of AWS IoT Greengrass to process data and trigger actions from those endpoints.

Critical to this solution are the capabilities Rigado gets from running Canonical’s Ubuntu Core operating system based on snaps. AWS IoT Greengrass can be run and distributed as a snap, providing developers an easy way to keep AWS IoT Greengrass automatically up-to-date. The use of snaps for applications also results in one of the most secure IoT gateways on the market due to the strict application isolation that snaps bring. The AWS IoT Greengrass snap is available today in Rigado’s branded snap store. The snap will also soon be available on the global snap store.

The Rigado Cascade gateway aims to provide simple and continuous over the air application upgrades, always up-to-date security patches, and a subscription model that means you only pay for the exact size of your deployment and benefit from a continued partnership as you develop your solutions. It is designed for commercial IoT applications such as Asset Tracking, Smart Workplaces, and Connected Retail. Cascade helps companies save six months of time or more, in bringing their solutions to market, while removing the need for upfront hardware investments.