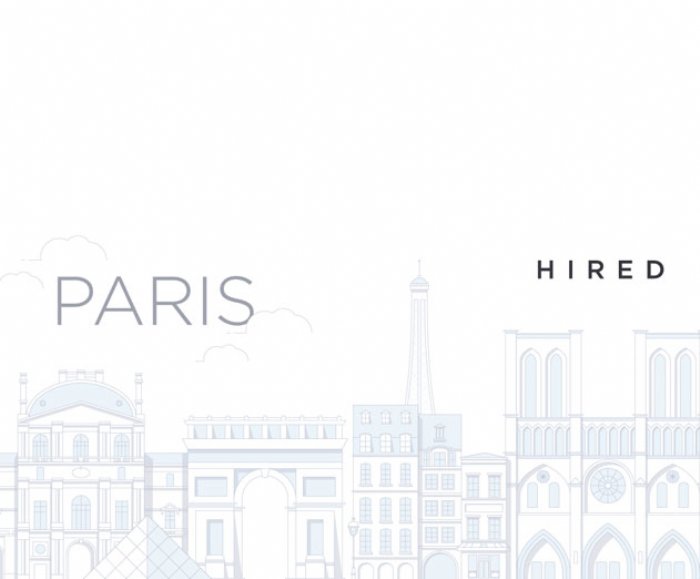 
17,349
Hired.com, which connects developers with job offers from top companies, has announced that is has officially expanded to Paris, France following its acquisition of Paris-based alternative recruitment start-up Breaz earlier this year. The move represents Hired.com’s first entry in a non-English speaking market and the integration of the Breaz team has provided a smooth transition.
According to Hired.com’s CEO Mehul Patel, “France’s tech sector has been growing rapidly over the last few years and is expected to add more than 40,000 jobs in 2016. However, the options for finding a job are particularly bad - even the most talented candidates take nearly three months to find a new role. The newly combined Breaz and Hired teams have managed to cut that down to just 21 days - a 4x increase over the national average. What’s more, the demand we’ve seen to date is evidence that both companies and candidates are looking for a better way to get connected: we’ve had more than 20,000 candidates and nearly 2,000 companies sign up for the platform.”
Established companies and local startups like Slimpay, Algolia, Aircall, Dalenys (Rentabiliweb) and Oodrive are already using the service to get connected with local candidates. France follows the UK as Hired’s second European office and the company’s sixth international city which also includes Toronto, Sydney, Melbourne, and Singapore.
Hired works within specific top tech markets where there is an active and vibrant tech sector. In each market, Hired puts together a team of Talent Advocates that are familiar with the market and work closely with the companies and the candidates that are on the platform. Hired.com is represented in ten of the top US markets including Los Angeles, San Francisco, Boston, New York, Washington DC, Seattle, Austin, Chicago, San Diego, and Denver.