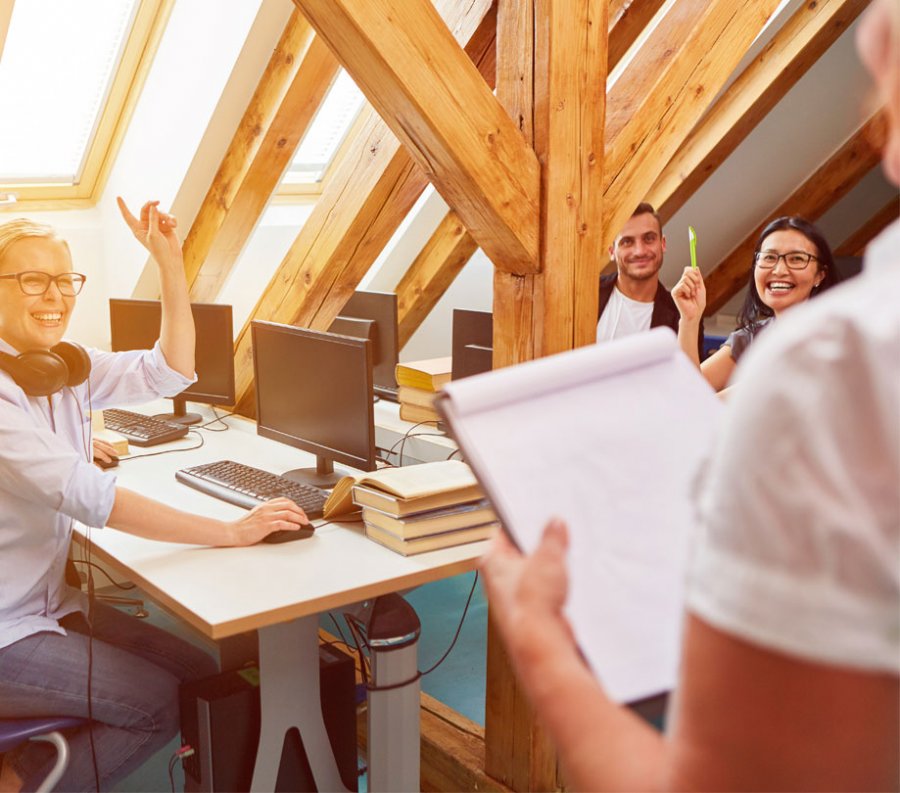 Software engineering managers come from many different backgrounds. Companies employ more developers and more engineering managers than ever before. Even the most conservatively run large enterprises have largely adopted facets of DevOps culture, leading to the adoption of DevOps tools at a whole new scale. With DevOps culture's influence on mainstream business, there's a clear need for hybrid "developer-managers" with hands-on experience with software product development, AKA people who were developers first.

There is an ongoing shift from "design-thinking" to "DevOps-thinking." While it's a subtle shift from a philosophical perspective, it's one that has massive operational implications. Developers are one of the largest capital investments businesses make, often commanding high salaries because they are highly skilled and/or trained to specific technologies with niche appeal. In order to maximize ROI for developers, it's important to empower your best developer-leaders to help shape decisions about the tools, internal structures, and DevOps culture that fits your organization's needs.

Here are the top 5 reasons you should promote software developers into leadership positions:

My cofounder Jason Barry, FeaturePeek's Head of Product, remembers how frustrating it was to get last minute feedback in the days (or the night before!) a major release. "A lot times, the changes being requested had been available for review for weeks," he shares, "but because of the effort needed for non-technical stakeholders to review a pull request, they didn't bother until the last minute."

He ascribes this friction to both a lack of tools and an overall misalignment between product and engineering teams. "When product teams have the right tools, it's easy for them to stay involved in the development process," Jason explains. "The most successful product teams and designers have frequent review intervals with engineering, but when there's a disconnect and you rely on a last-minute review process, you're asking for delays or QA issues."

There's a reason that JavaScript and Java are called computer languages. And more often then not when you're dealing with code, it helps to have a translator. Software engineering managers and other leadership that are unable to understand code are at a significant disadvantage when dealing with technical employees. This can lead to a lack of trust developing between junior contributors and engineering leadership.﻿

Even technical product managers and engineering manager who aren't up-to-date with the latest tools and trends can struggle to relate to developers who are in the trenches. By ensuring that your engineering managers have experience as developers, they can draw on experiences with tools, past trends, and their own knowledge base to create an optimal and cooperative team culture.

3. Developers can help your organizations adopt the right tools (and ignore the rest)

Sometimes a tool becomes so widely used that the name recognition and widespread adoption makes it a safe choice; a few examples include Slack, GitHub, and Zoom. But many developer tools are difficult to evaluate for non-developers, unless you're familiar with nuances between competing technologies and solutions.

When it comes to picking out tools, differing opinions will not be hard find. But engineering managers with hands-on experience are better equipped to identifying gaps in their own organization's development process. They can identify a communication issues, and recommend developer collaboration tools to better align product management and engineering. Or they have the hands-on experience to discuss the merits of Travis CI over CircleCI (and vice versa). Because developers have used these tools, they're better able to communicate the benefits, risks, and drawbacks of individual solutions to non-technical stakeholders.

QA issues aren't always what meets the eye. While engineers and product managers may focus on visual bugs, experienced frontend developers will know to look for common coding errors. For example, frontend developers are likely to be more thorough when testing responsive breakpoints (and inspect if they're hardcoded). There are hundreds of little pitfalls hiding in code that may never be encountered by a non-dev tester (but will certainly be encountered by users).

﻿Without adequate representation of developers in leadership positions, these issues may go undetected. However, the right managers can identify and correct these mistakes as they occur, thereby training and improving the performance of individual developers on their team. Instead of stressful debugging sessions the night before to address an issue, an experienced engineering manager creates several teaching moments along the way leading to stress-free releases and happier, more effective employees.

One of the biggest frustrations that both designers and developers face is having non-technical people tell them how to do their jobs (and really, don't we all deal with this?). That's why it's critical to ensure the makeup of leadership teams reflects the makeup of your overall workforce, especially at the Director and C-level. Just having engineering managers is not enough if their recommendations are not taken seriously at the top levels!

﻿Instead, focus on promoting developers from within who are familiar with the roles and quirks of your particular business. As product development requires contributions from increasingly diverse and cross-functional teams, a developer's perspective is critical to ensuring efficient business operations. Whether that's as a CTO, a Lead Developer, an engineering manager, or anything in-between depends on the individual needs of your own organization. But businesses who do not actively promote their own developers will surely suffer talent loss, low morale, and a suboptimal development process.