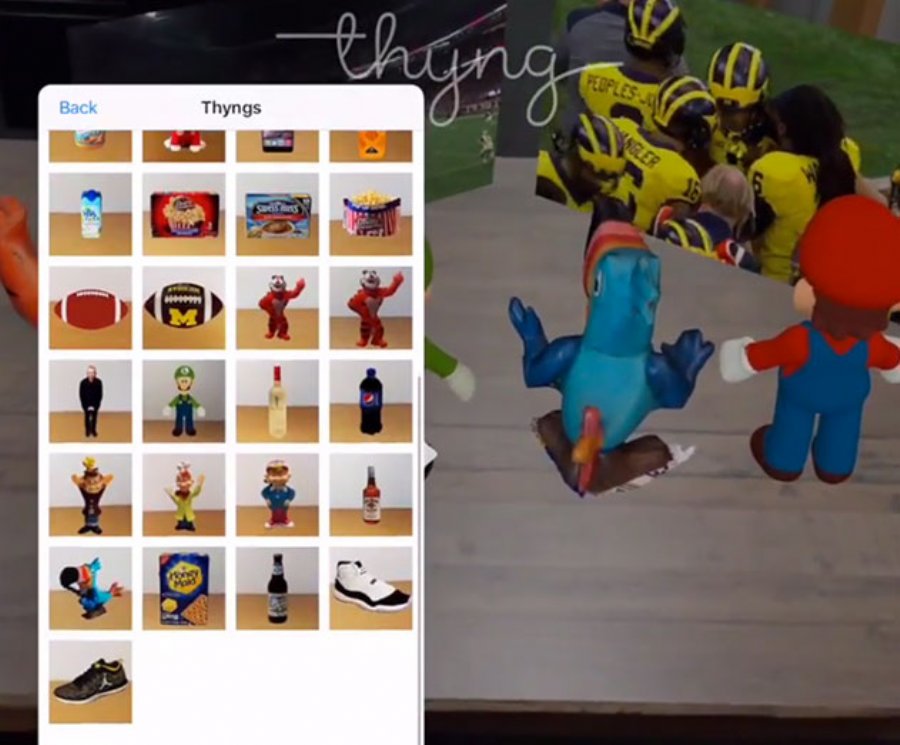 Developing in AR with Thyng

Well-known brands like Ikea and Strava have deployed ARKit apps, and many app developers are contemplating building AR elements into existing apps or coding new AR apps from scratch.

In Chicago, startup Thyng LLC has recently released a general-purpose AR authoring tool that allows its users to create their own personalized AR experiences, adding in their own photos or videos. We connected with Thyng founder and CEO Ed LaHood to hear his thoughts on the prospects for AR apps and what developers need to keep top of mind when coding for the various AR platforms from Apple and Google.

ADM: You're making a big bet on AR. Why?

LaHood: I've been a big believer in VR and AR technologies since the early nineties. I founded one of the very first VR software companies back in 1991, during the early first wave of VR. We developed a VR authoring platform, raised a round of venture capital, built the company up, and then we were acquired by a public company within a year of the funding round.

People forget that VR and AR were hot tech topics back then, but the technologies didn't go fully mainstream for many reasons. I think this current wave of interest in AR and VR is strong enough that they can cross the chasm. We're excited to be a part of that, and we think that our vision of making augmented reality available to everyone as a medium for self-expression and communication will turn out to be a big part of that story.

ADM: How hard is it to develop a good AR app?

LaHood: One of the great things about AR is that it is a broad reaching technology that has applications across a wide variety of markets, so there is a lot of opportunity to create AR apps for many different industries. With the availability of ARKit from Apple, and ARCore from Google, developers have some amazing frameworks to start creating really great apps. However, it's important to keep in mind that these frameworks are only a starting point, and it's still important to have an amazing idea, solid execution, and a good business model - to have a really good and sustainable app. On the execution side, it still takes a good level of expertise to master these development platforms and to use them to create new and exciting solutions. For the work we are doing at Thyng, we've built out a very extensive API that's a wraparound on those SDKs, as well as on our proprietary target-based AR engine that we've been developing over the last few years.

ADM: Tell us more about your API. Is that available to other app developers? Our first impression was that you were an app developer, not a platform developer. Which are you?

LaHood: We're both, and we're excited to make our technology available as both an app and a platform.

Thyng 4.0, which we just released, is built on the Thyng AR platform. We released the app because we wanted to help people get started with AR, and we felt that it would be great to have an easy-to-use, general-purpose AR authoring tool out there. Letting people bring in their own photos and videos has been a very popular feature.

We have some big plans for the Thyng app, but we also have big plans for our cloud-based Thyng AR platform. We've built out a lot of niche functionality related to sharing content, building complex interactivity, connecting to other systems, and more - everything you need to deploy a high-function, scalable AR-powered solution. We've been lucky enough to have a number of commercial clients engage us, which lets us add new capabilities to the AR platform. At any given time, the AR platform will always be more advanced than the app, and the app will continue to evolve in really cool ways with additional functionality that is available through the platform.

We're looking forward to making our AR platform available to developers. We've been working with some great companies and brands on custom implementations using our Thyng AR Platform - and we know that there are a lot of developers out there with great ideas for the next Pokemon Go, or AR powered ecommerce app - and we can't wait to work with them! 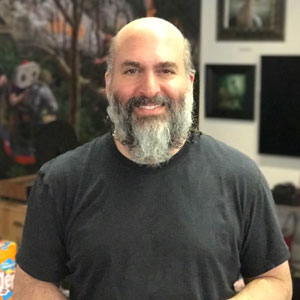 ADM: How would you recommend app developers go about getting started with AR?

LaHood: There's a ton of great sample code for ARKit that you can start playing with. Beyond that, Apple has done a great job with their Human Interface Guidelines, which provides some excellent guidelines and tips for creating augmented reality apps. That's a great way to get started, and if you prefer creating Android apps, Google has similar resources.

Play with the technology a few weeks and just have fun. App development can be a long process, and this can be a great way to get you thinking about new possibilities.

After that you can dig in! Whatever your niche is, whether it's games, travel, real estate, productivity, ecommerce or anything else - you can think about how AR can solve a real-world need or enhance an existing value proposition. With more and more great apps out there, many killer apps will emerge. One of the nice things about working with AR is that everyone benefits from everyone else's success. If we are going to cross the chasm and mainstream AR, it's going to have to be a collective effort on behalf of a lot of talented developers.

Ed started coding and selling software when he was twelve years old and has been a tech entrepreneur for more than four decades. His current startup, Thyng, is based in Chicago and was started with the goal of creating a highly scalable platform for AR that supports an AR ecosystem that will keep creators and end users engaged, happy and making money.