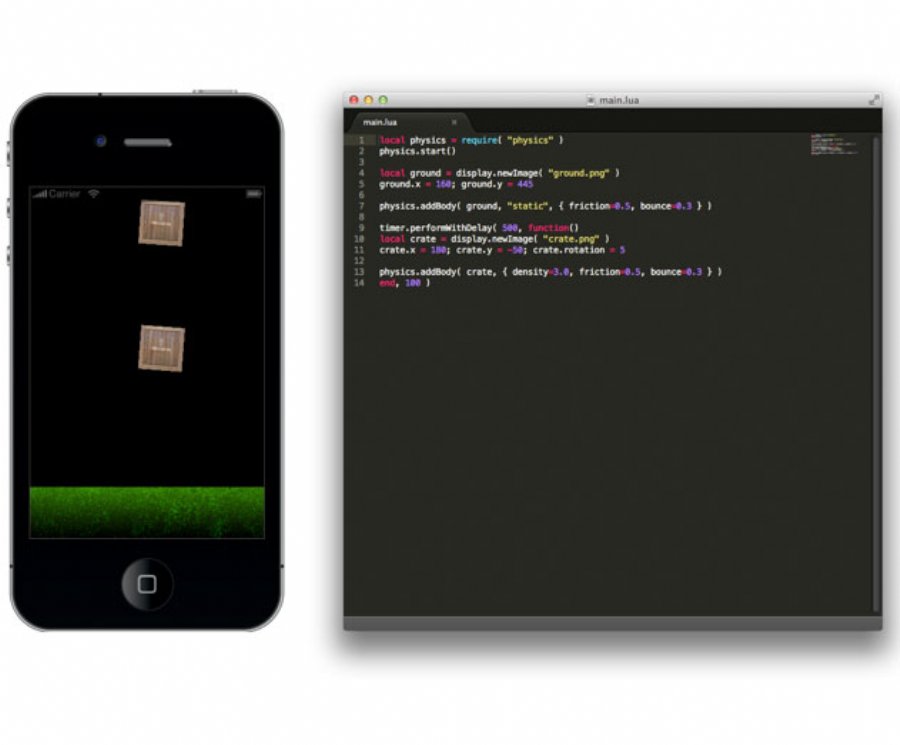 
2,857
Corona Labs is seeding out a new product that called the Composer GUI, a visual editor that allows developers to rapidly create scenes, user interfaces, and game levels. It provides the ability to visually design in a drag-and-drop GUI interface and is designed to work in conjunction with the Corona Labs Composer API.
Composer GUI is designed to be an integrated part of Corona Simulator. When editing scenes in Composer, the Simulator automatically refreshes just like when edit/saving Lua files. Developers will also be able to preview individual scenes within Composer itself for faster iteration.
Features include timeline animation and physics body editing which will help speed up app development. Composer GUI allows experienced developers to design UIs or levels in a fast and visual way and then refine/augment by further coding. It improves team workflow by allowing members like designers to lay a scene out visually before passing it on to developers.
Composer GUI is in early beta. Corona has integrated it into the daily builds, but it won’t be visible by default instead it will have to be unlocked.