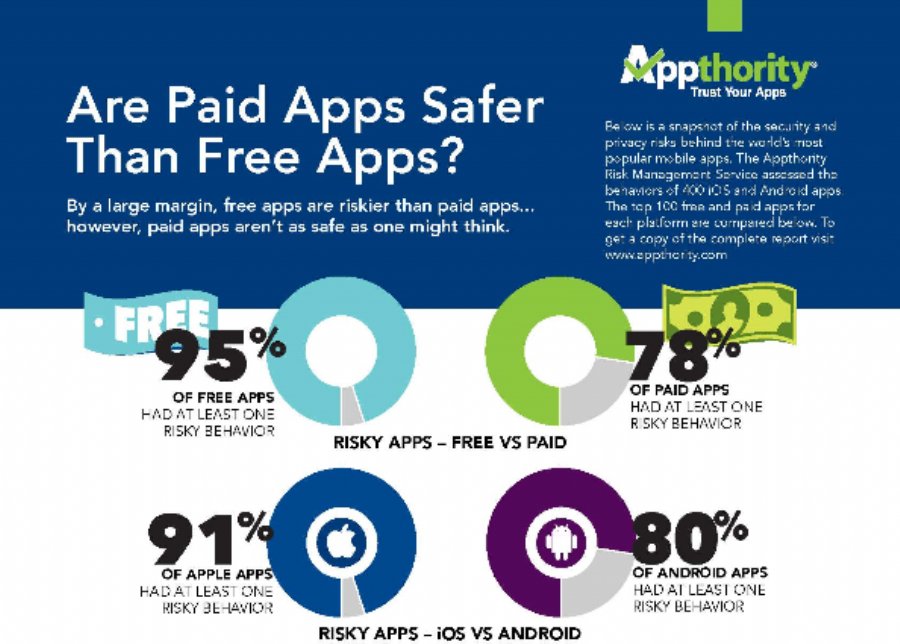 
1,992
Appthority’s Summer 2013 App Reputation Report has been published, taking a behind the scenes look at how apps actually work as they relate to the consumer. The biggest finding of the study is the finding that 83% of the apps had some type of security risk or privacy issues.