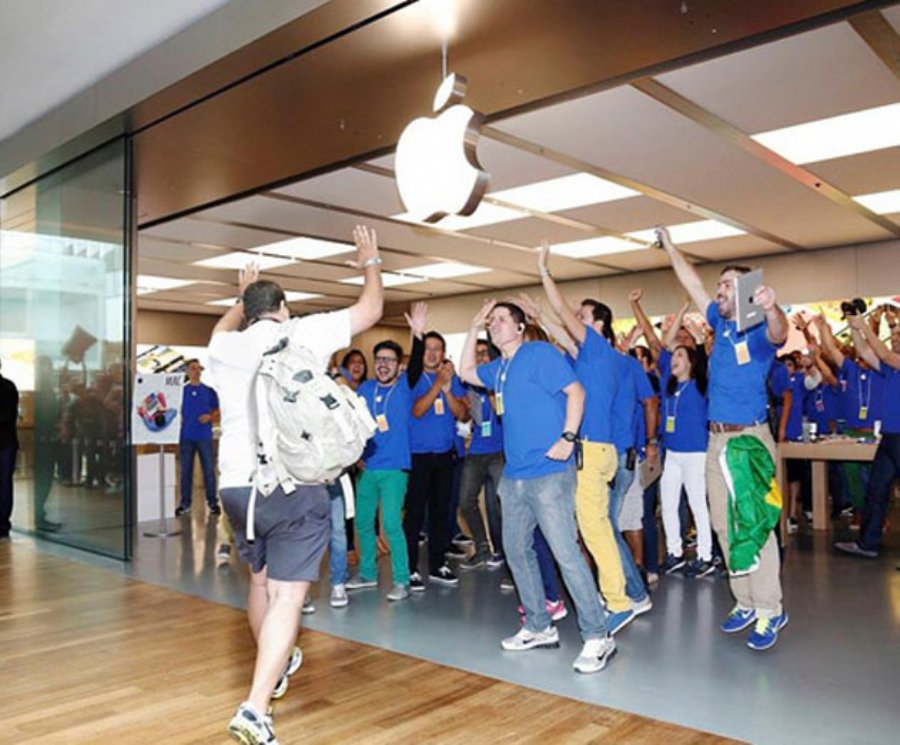 
1,827
Apple's first retail store in Brazil opened in Rio de Janeiro this weekend, with approximately 1,700 customers waiting in line for the doors to finally open. Customers started lining up on Thursday night for the Saturday morning debut, which is the first of it's kind for Brazil.

The opening of the Rio de Janeiro store was announced last week on the company's website and is Apple's first store in Latin America. The store has a fairly unique single floor, pavilion-style design with a curved glass exterior. Unlike most other Apple retail stores, the Rio de Janeiro location features a split-concept layout where one half of the store is dedicated to product demonstrations while the other half is focused on accessory sales and services.

Speaking to Brazilian news site The Globe, Apple CFO Peter Oppenheimer confirmed that Brazil was an increasingly important market for Apple. The Rio de Janeiro store is part of a larger plan to tap into the Latin American market, which traditionally has been a weak market for Apple due to the high import taxes levied on electronic devices.

Apple will be selling its full product lineup in the Rio store, including the iPhone 5S starting at the equivalent of $1,174, with high taxes making it the most expensive Apple retail store for iPhone purchases (via Bloomberg).