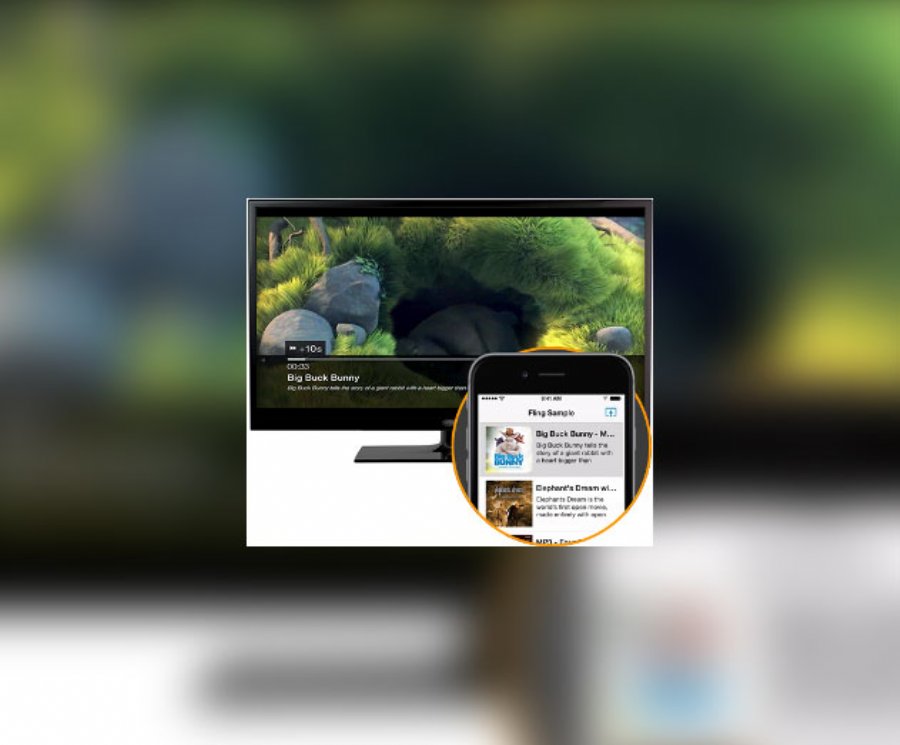 
2,621
Amazon has launched the new Amazon Fling service, a cross-platform toolkit that enables mobile developers to build multi-screen experiences for Amazon Fire TV. The Amazon Fling SDK allows sending video, audio and images from iOS and Android mobile apps to Amazon Fire TV. In addition to posting media content to Amazon Fire TV, developers can also leverage two-way communication between Amazon Fire TV and mobile apps to create second screen experiences.
The new SDK is designed to simplify the process of dealing with underlying network discovery and communication technologies that can make this type of connection difficult to implement. The SDK offers a standardized way to communicate between apps over a local network.
Even developers who don’t have an existing Amazon Fire TV app can take advantage of the SDK’s media playback capabilities since a default built-in receiver plays these automatically.
Amazon says that the new platform offers out of the box functionality. The new SDK also provides the ability for developers to adapt their existing apps that have Chromecast functionality to fling to Amazon Fire TV.  For more information on how to do this, check out the available guides to integrating the SDK with an existing Android app or iOS Chromecast app in the developer portal.