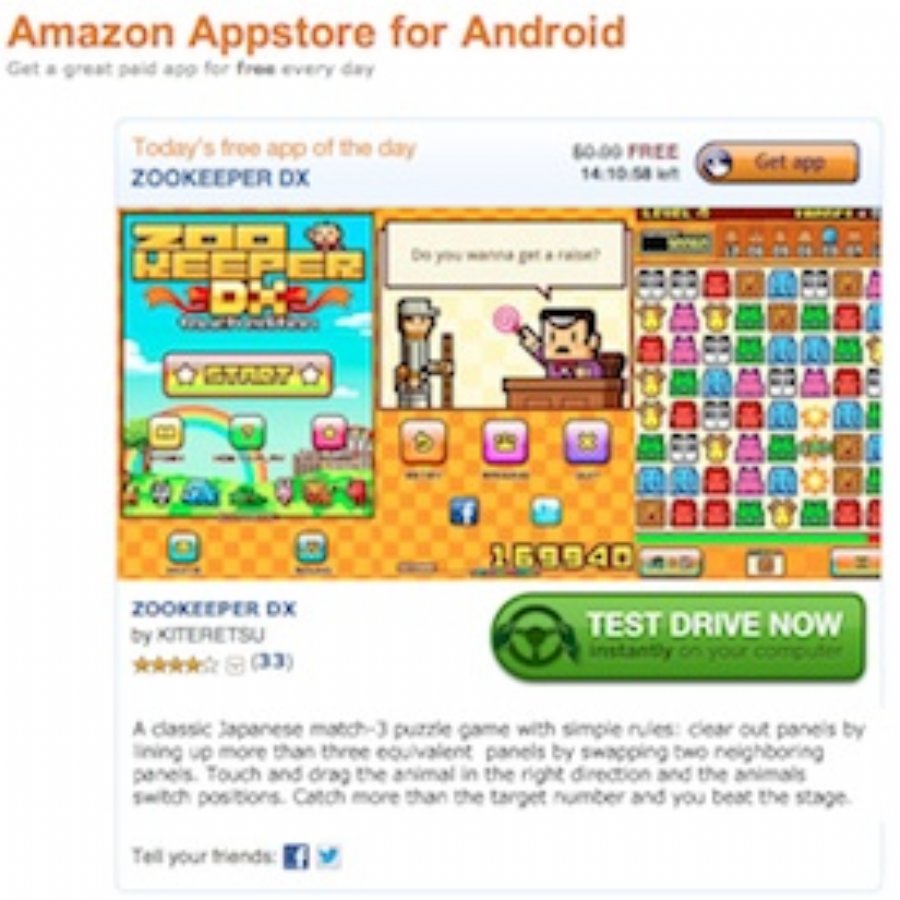 Amazon phones will be great, Microsoft surface not so much

Rumors are swirling today about two tech giants, Amazon and Microsoft, both rolling out branded smartphones. One of these is a good idea: Amazon's phone could really shake up the mobile market, albeit in a way that will make geeks very uncomfortable. For Microsoft, though, building its own phone is a distraction, and one that could lead to the whole Windows Phone edifice tumbling down. The company has better ways to spend its money supporting Windows Phone 8.

Amazon Phone Good
Amazon has a broad, coherent set of content services that have never properly come together on a mobile phone, and the company has been doing a great job of building a unified platform on its Kindle Fire tablets.

Yeah, sure, you can download Kindle, the Amazon Appstore Amazon MP3, and the Amazon shopping app on any Android phone. But they are disconnected from each other and often duplicated by built-in services; they definitely don't play starring roles.

Amazon's UI reimagining of Android into easy-to-use "Amdroid" isn't as compelling on phones as on tablets; what looks clear and bold on a tablet may actually look too simple, almost childish, on a phone. But Amazon could easily create a phone that offers seamless access to all of Amazon's services and the Web, just like the Kindle Fire does.

And Amazon's reimagining of pricing service plans could really shake things up. I'm thinking of the Kindle Fire 8.9's AT&T data plan, offering 250MB per month for $4.16 per month. Subsidizing devices is old hat. Carriers have been doing that for years. But now Amazon is subsidizing the service plans.

Presumably this pays off for Amazon because Amdroid-powered devices are veritable buying machines, churning sales and Prime subscriptions like nobody's business. This could apply to a phone, too, and there are ways Amazon could further extend its sales-generating power. For instance, including a RedLaser-like bar code scanning ability on an Amazon phone would prove that pretty much anything you can buy in a brick-and-mortar store, you can get cheaper on Amazon.

Expensive smartphone service plans are one of the major barriers to adoption right now. MetroPCS has cheap plans, but it isn't sold nationwide. T-Mobile's Value Plans are also well-priced, but you have to buy an unsubsidized phone to enjoy them. Amazon could get smartphones into more hands with a heavily subsidized model, making the money back later.

Of course, this is also a phone freedom activist's nightmare. Geeks are fighting to make phones less carrier-dependent and give consumers a wider choice of service plans and devices, but the Amazon phone will be utterly, completely, and totally shackled.

Surface Phone Bad
Microsoft is in a completely different position from Amazon. WithWindows Phone 8, it finally has a great mobile OS that is working well on high-quality phones from two companies, Nokia and HTC, that are absolutely desperate to see it succeed. (Notice I'm not mentioning Samsung, which seems quite blasé about its own Windows Phone efforts.)

Nokia and HTC bring distribution and carrier relationships that Microsoft hasn't developed itself, along with great design and manufacturing experience. And Microsoft has pretty tight software and hardware control over these phones with a clearly defined spec leading to a relatively uniform experience.

What could a Surface phone add to this mix? It would just be a distraction. It would offend and confuse Microsoft's partners, driving HTC back towards Android, and it would confuse consumers. Nokia CEO Stephen Elop said a Surface phone would be "a stimulant" to the Windows Phone ecosystem, but I don't see how. Microsoft should be driving its marketing dollars to help its existing partners and to pay developers to create excellent apps for the platform. That's what Windows Phone needs now, not a Microsoft-branded phone that solves a hardware problem which has already been solved.

Google has managed to promote Nexus phones without sabotaging its Android partners, but that's because Google doesn't want to sell many Nexus phones. They're essentially reference designs for developers. With the crazy array of skins plaguing the Android world, someone needs to put out a clean model to develop against, and that's the Nexus.

Windows Phone 8 doesn't have the skinning problem and has a much tighter hardware spec. All the Windows Phone models I've heard of so far are using one of two screen resolutions, and one of two chipsets. It doesn't really need a developer reference unit.

Yes, Microsoft now makes a tablet. I'm pretty sure Microsoft developed the Surface tabletbecause OEMs didn't show much enthusiasm for Windows RT and Microsoft didn't feel like the platform had a flagship. That isn't the case with Windows Phone 8, where Nokia and HTC are both working very closely with Microsoft, and both the Nokia Lumia 920 and HTC 8X show off the OS to great effect. The only thing a Surface phone would bring is confusion, and it would scare off other potential hardware partners who could be paying licensing fees to Microsoft.

Windows Phone 8 has its OS and hardware sorted now, and as many have said, what it needs now is developer focus. Microsoft could borrow a page from RIM here, as RIM has been doing a solid job with developer events, contests and guarantees to get devs to write apps for an OS (BlackBerry 10) which doesn't even exist in the wild yet.

Amazon can make waves by disrupting the mobile phone service plan market. Microsoft just needs to fill in some gaps, and it should resist the temptation to blow up an ecosystem that's getting off to a good start.