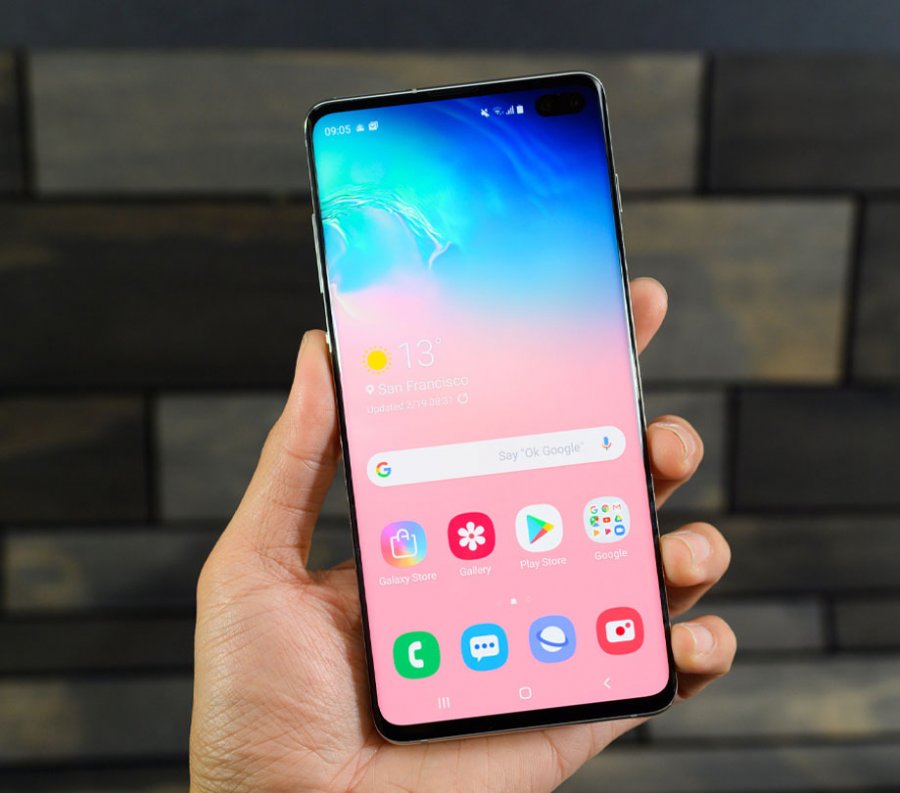 Most used Android mobile devices throughout the world

Uptodown presented a report on the most used Android smartphone brands and models in the world. Around 130 million unique users per month, spread across the entire globe, use Uptodown to download apps and games on Android. 82% of this total access the web through their smartphone compared to 14% who do so on a desktop, and thanks to the data collected during the month of October, Uptodown has been able to create a map with the most popular Android terminals in the different parts of the world today. 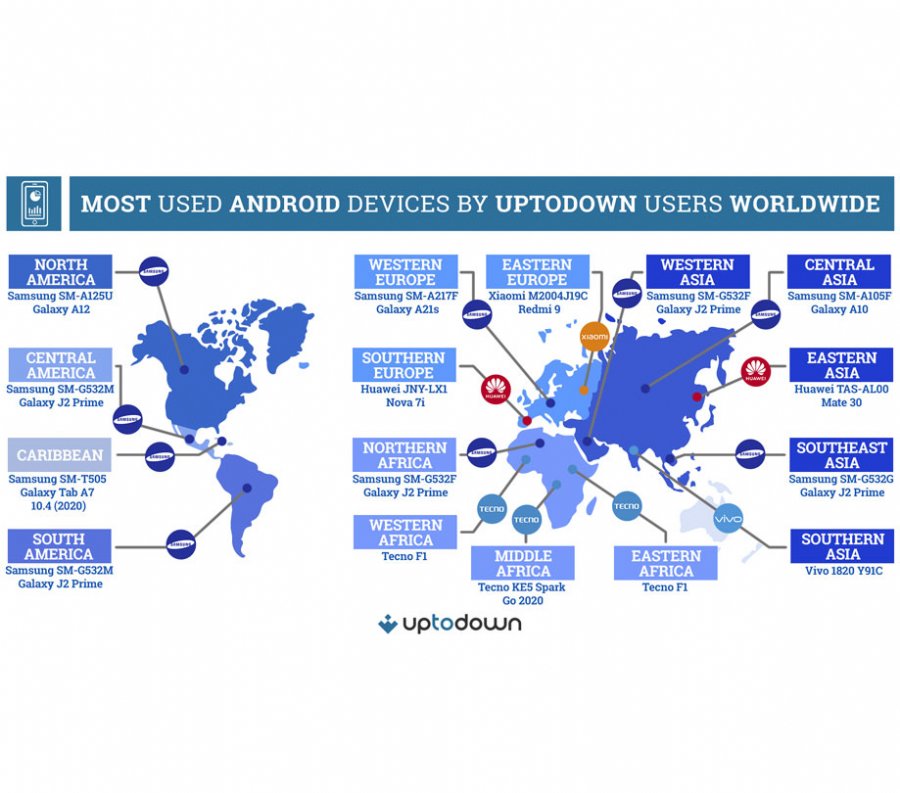 The most common device in the world was launched back in 2016.

Samsung ranks highest with 35% of the total smartphone brands most used by users worldwide. The South Korean multinational has an extensive range of devices that make up the different ranges of the seal, with the Galaxy J2 Prime and the Galaxy A10s being the most common Samsung devices. The first was launched in November 2016 and is today still the most found mobile phone in the pocket of many users. The most popular Chinese manufacturers, Xiaomi and Huawei are vying for the next two places on the podium of most popular brands worldwide. Xiaomi occupies second place with 13% of total users (specifically, the Xiaomi Redmi Note 8 being the most popular device in the world, whose first models were launched in September 2019) and Huawei occupies third place with 12.7 % of all users.

The most used Android mobile devices throughout the world, according to each region

America, vast differences between the North and South

Samsung's economically ranged Galaxy A12 model is the most popular in North America, whilst 4.9% in Central America and 4% in South America choose the mid-range Samsung Galaxy J2 Prime, which in this case is much older, as it was launched in 2016.

In the Caribbean, surprisingly it is not a mobile phone but a Tablet that is the most used device by Uptodown users who download applications (6.4% of users used this platform). We are talking about the Samsung Galaxy Tab A7: a simple 10.4-inch tablet designed for the entertainment of the whole family launched in 2020.

Africa, the domain of Tecno

The Chinese company Tecno has found its ideal market in Africa. Created in 2006, it is a Transsion Holdings mobile phone brand, which exceeds the best-known brands on the planet in market share in the region, adapting its models perfectly to the local African market.

In East Africa (Kenya, Tanzania, Uganda…) with 4.2%, and in West Africa (Cape Verde, Senegal, Nigeria…) with 4.6% of users, the dominant device is the Tecno F1. This model launched in 2019 and is a low-end Android mobile with a 5-inch screen and a simple operating system, however it has sufficient processing power to watch a movie or play mobile games, and with a price perfectly adapted to its market, coming in at just under 50 €. In Central Africa (Congo, Angola, Zambia ...) they also choose Tecno, but in this case, the winning model is the Tecno KE5 Spark Go 2020, a mid-range device of the brand, launched last year, and that wins by a landslide against the remainder of the models used in the area with by 6.9% of the total users.

Only in North Africa does this trend of Tecno mobiles not apply, since the most popular used device in areas such as Morocco, Tunisia, Algeria or Egypt is the 2016 Samsung Galaxy J2 Prime.

Asia, the easternmost part of the continent, is the best equipped.

Almost 9% of users in the Easternmost part of the continent (Korea, Japan, China ...) choose the Huawei Mate 30, a high-end mobile launched in 2019 with some of the most cutting-edge features of the mobile market at that time, placing it as a region where users choose more powerful terminals with more features, in addition to having a higher budget on average. This represents a great difference with the rest of the continent: Southeast Asia (the Philippines, Indonesia, Thailand, etc.) and the westernmost part of Asia, which includes countries such as Saudi Arabia, the United Arab Emirates, Turkey and Iran, coincide in the supremacy of the Samsung Galaxy J2 Prime, the aforementioned 2016 device that is also the most popular in other areas of the planet such as North Africa and South America. In Central Asia (Kazakhstan, Uzbekistan ...) 5. 6% of devices are Samsung Galaxy A10 being the cheapest of the Galaxy range. In South Asia, the most used device is the Vivo 1820 Y91C, a model priced under € 100 and popular especially in India.

In southern Europe, the Huawei nova 7i ranks as the most popular Android device with 4.2%, while countries further north (Norway, Germany, Sweden ...) opt for the Samsung Galaxy A21s, belonging to the mid-range of the brand. In Eastern Europe (Russia, Ukraine, Romania ...) 3.6% of users carry a Xiaomi Redmi 9.