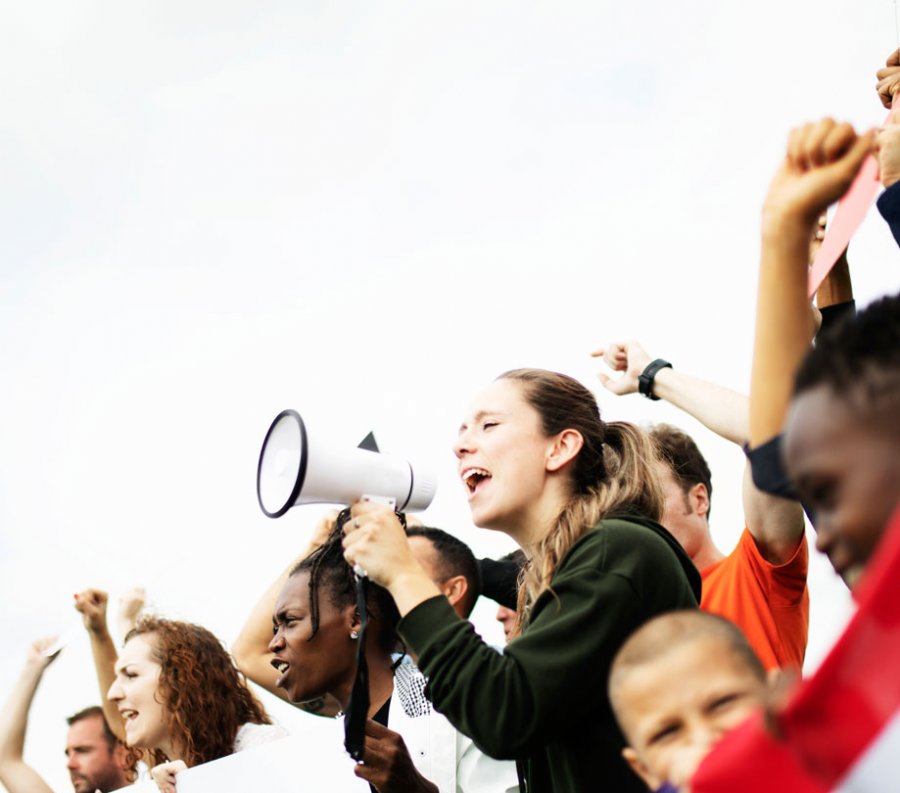 In light of the powerful movement to abolish racism in all forms, many companies are listening to audiences and have decided to evolve their product names and visual branding. Aunt Jemima, Uncle Ben’s, Mrs. Butterworth's, Cream of Wheat, Washington Redskins, and Dixie Checks are a few brands that have received an overwhelming amount of criticism for having names and images rooted in racial stereotypes and insensitivities. The feedback has prompted companies to recognize concerns and make active changes to their overall branding.

The death of George Floyd, a black Houstonian, has triggered waves of protests across the nation. A situation that has catapulted anti-racial demonstrations to the forefront of public issues. Hopefully, it can cause the critical change that we know is long overdue.
While 2020 will go down in history as the year of the global pandemic, the scale and sheer force of these recent protests led by the resurgent Black Lives Matter Movement would have major impacts on how society operates after now.

Protests have already been held, and some are still ongoing in all 50 states of America, Canada, Japan, New Zealand, Australia and several major European countries, like The UK, and Germany. Thousands of people have mobilized around the world to support the anti-racial movement, while countless more have provided financial and material aid.
But these issues have also permeated the business world, as customers and brands react accordingly.

With the growing momentum of the anti-racial movements headed by Black Lives Matter, BLM, talks of institutions and companies taking part in various forms of racial activities are becoming a matter of public debate.

Calls for changes in terms of representation, inclusion, and downright misrepresentation of minorities are threatening the continued existence of most brands in the country.

Aunt Jemima, owned by Pepsi-Co, the parent company of Quaker Oats, is a 130-year-old renowned food brand for pancake mix, syrup, and other breakfast foods. The image of a black woman can be seen on the body of their products package. Though the brand has reported that the brand image is based on the true-life story of an 1890 missionary, Nancy Green.

The brand also comes under fire for failing to include that she was born into slavery and was a ‘mammy,’ a type of southern slave that took care of white children. In response, the company has announced a complete rebrand that’s expected to be out before the end of the year.

Aunt Jemima would also donate $5 million for the next 5 years and so will its parent company Pepsi, who’ll be contributing $400 million to support Black communities across America.

But Aunt Jemima isn’t the only brand undergoing such changes. Other brands include:

What’s Next for Brands and Anti-Racism Movements

Traditional corporate culture discourages business brands from participating in mainstream politics. But recent studies are showing a shift in consumer perspective from this norm, and companies are realizing that continuous silence could hurt the overall perception of their brand.

Statistically, 81% of consumers agree in making personal sacrifices to address critical social and environmental issues. Another study by Marketing Dive, says 65% of Americans agree with brands taking action against racism, and it's true that 87% of Americans purchase products from companies that advocate for issues they care about, while another 88% will boycott those that behave irresponsibly.

During these trying times, it's critical that your brand follows these paths as it navigates the current climate:

The worst thing you can do for your brand, if it's been accused of racial injustice, is to fold your hands and twiddle your thumbs. The best line of action is to admit your brand’s fault and make amends. Follow the example of Amazon’s Jeff Bezos, who in his comment on the BLM movement, reemphasized the need for racial equality and pledged to support the Black Community with $10 million.

To address the issue genuinely, consider:

If your brand is in direct conflict with anti-racial views, you might want to consider rebranding. But this is best for brands that have been heavily damaged by their racial involvement. Brands like Aunt Jemima, Uncle Ben, and Lady Antebellum, all of which are in the process of rebranding.

Although rebranding can be very rewarding, it’s equally a very high-risk endeavor, and should only be undertaken after your brand has carefully considered the following factors:

Remember not to rush into rebranding so as not to transfer aggression to your new brand. Try to make up for your previous errors before considering a rebrand.

If there’s anything we can learn from the overwhelming mass support for the stand against racism. It’s that racism is universally loathed. So, partnering with anti-racial organizations and communities involved in the movement is a good way of maintaining or improving your brand image, especially if it’s been hit by racial scandals.
Some ways you can partner with anti-racial organisations include:

In The End: What If The Media Follows

There’s always the risk of being attacked and scapegoated by the media, anti-racial organizations, and customers for your brand's involvement in these types of issues. It’s ill advised to rebrand for the sole purpose of avoiding negative publicity or your brand’s ethnic affiliations.

It’s easy to make mistakes while handling issues like these. So take extreme caution and care every step of the way. A good place to start is by involving PR professionals and a naming agency.

These professionals would guide you through rebuilding your brand image and help your brand attain its former glory.