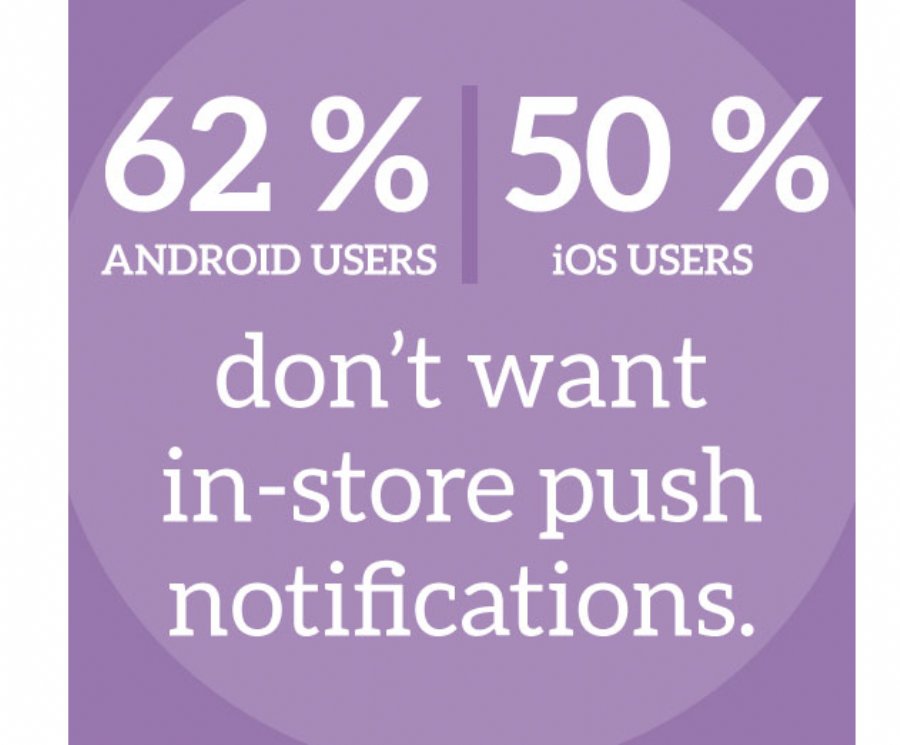 
5,829
Retale, a shopping based platform that aggregates weekly circulars from over 60 retailers, has released a report showing that 71% of mobile app users indicate they don’t like the idea of being tracked into a store via their smartphones and 56% say they are not interested in receiving push notifications while shopping.
The survey asked more than 3,000 iOS and Android users about their mobile shopping experiences, usage and overall awareness. The study shows that, in addition to the negative response to tracking, users don’t understand/use the technology, as 75% of survey respondents were unaware that iBeacon exists, while only 11% of Android users claim to use Google Wallet, and just 23% of iOS users have tried Passbook for coupon shopping offers.
Other findings include:
- iOS users are more receptive than Android to in-store push notifications.
- 56% of mobile shoppers don’t know near field communications (NFC) is a contactless payment system used for mobile payments, and the 38% who are familiar with the technology choose not to use it. Only 5% to 6% say they regularly use NFC to pay retailers.
- iOS users are nearly split in favor for and against push notifications.
- The majority of Android users say they don’t want notifications sent to their mobile while shopping.
The entire report is available here.