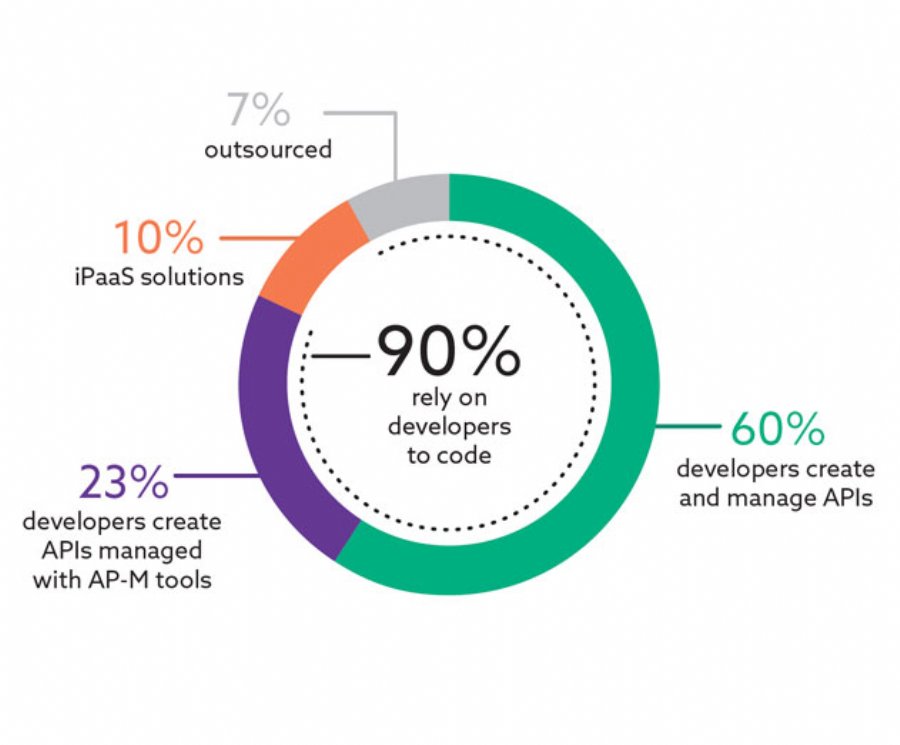 The state of API integration

New survey uncovers trends in cloud adoption and artificial intelligence based on responses from enterprises.

Jitterbit has announced the results of a new survey on the state of API integration that shows enterprises increasingly recognize the value of APIs but are struggling to find a sustainable way to create and manage them. The survey findings detailed in the report also reveal how the IT stack is shifting to the cloud, but many enterprises still use on-premise solutions to integrate these systems and automate the processes between them.
Based on responses from more than 450 companies with sizes ranging from fewer than 100 to greater than 5,000 employees and representing more than a dozen industry verticals, including education, finance, internet software and services, retail goods, and utilities, the survey showed 42 percent of respondents plan on doubling their cloud deployments in the coming year. Despite the growing amount of data being created and stored in cloud systems, and the corresponding demand to access it from the cloud, only 33 percent of enterprises said they currently use a cloud-based integration platform.
The survey also revealed that more companies are leveraging the power of APIs, but only a small minority has found a sustainable way to create and manage them. Among respondents, 64 percent confirmed they are already creating APIs for customers, partners, or employees to use. However, the vast majority of enterprises – 90 percent – rely on developers to create APIs using manual processes, and only 30 percent use API management tools to manage them. Just one out of ten respondents said they leverage enterprise iPaaS to both create and manage APIs to achieve rapid deployment and scalability without burning through IT resources.
Finally, the vast majority of companies see integrating their business processes with artificial intelligence (AI) as a major benefit for their business, according to the report. Already, 35 percent of respondents now infuse AI into business processes, while another 43 percent plan to do so in the next year. Only 22 percent do not have a plan to leverage AI. Enterprises expect that AI will deliver value in many different ways, with 71 percent anticipating significant benefits from infusing predictive analytics, and almost half seeing these benefits coming from chatbots, virtual assistants, and sentiment analysis.