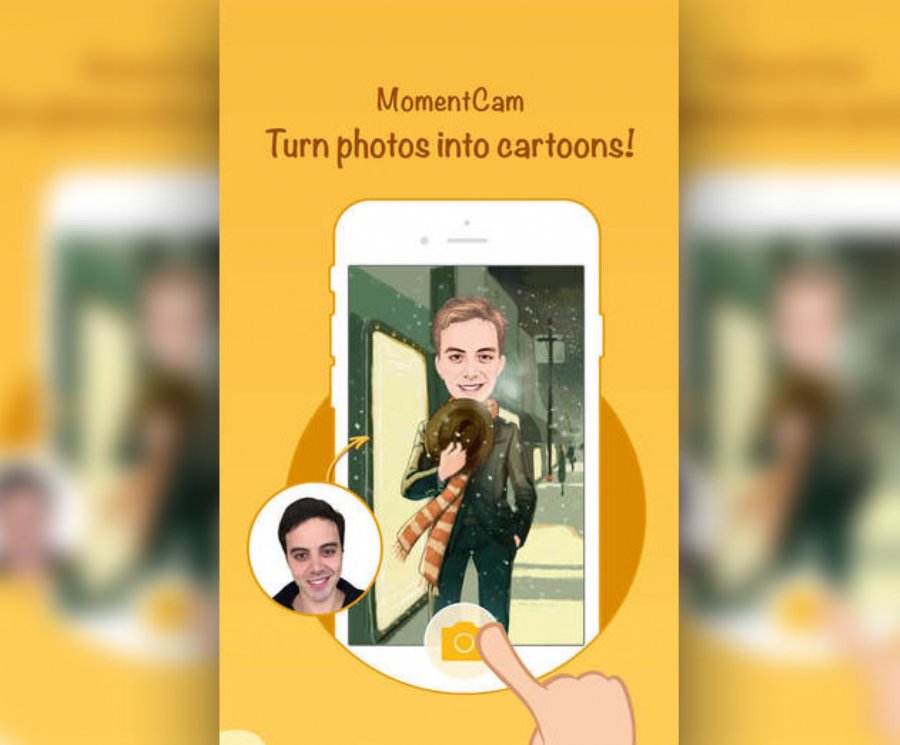 
11,496
You just built your first viral app. It's shooting up the app store rankings and it's racking up downloads. But what comes next?
Bridging the gap from app-of-the-moment to a truly sustainable app and business requires insight and strategy. With many viral apps, usage peaks quickly, then fades, giving developers a small window to engage users.
Based in Beijing, China, MomentCam is a multi-platform (iOS, Android and Facebook.com) application that allows consumers to instantly turn themselves into personalized cartoon caricatures. We created the app to make art a bigger part of people's daily lives via smartphones.
From the start, we focused on generating organic growth and maximizing shareability, and our efforts were rewarded when MomentCam took off in late 2013, nearing the top of the app store charts in more than 100 countries. From here, we faced a daunting challenge: stabilizing and sustaining this growth to create a viable app. 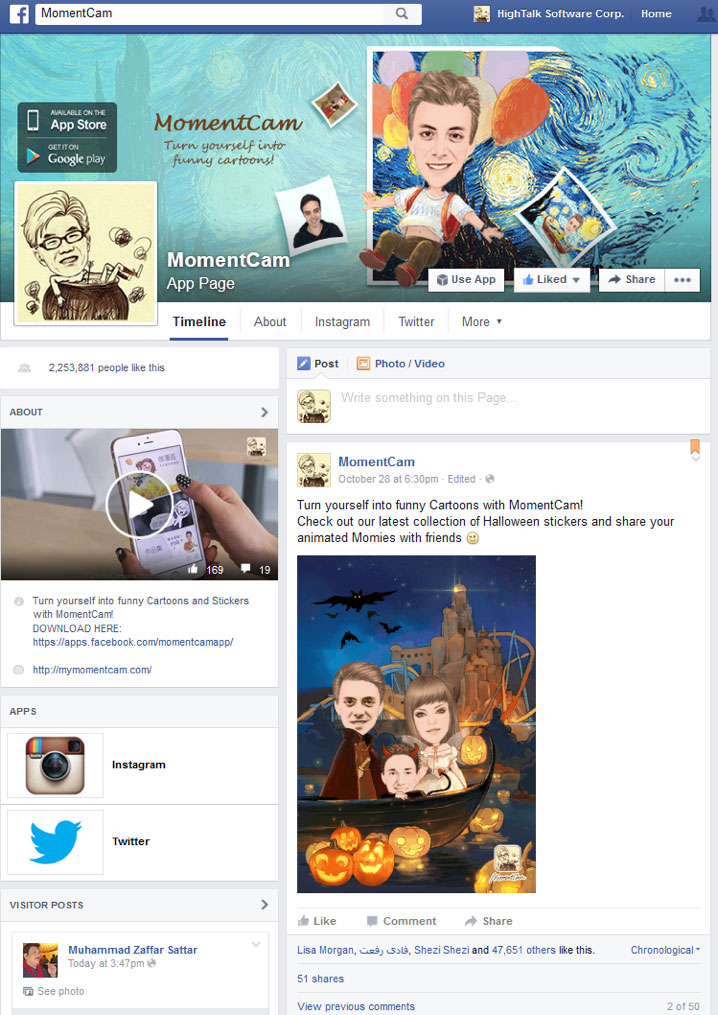 In order to continue MomentCam's rapid growth, we needed to revisit some of the core tenets we built our app on. Our only constant: building a solid infrastructure to make scaling easy and painless.

While we've always prioritized organic growth and shareability, adding options to share to social platforms gave users the chance to use MomentCam where they spent much of their time. Building for the Facebook platform has always been a priority for us, given Facebook's international population - millions of MomentCam caricatures have been shared on Facebook, helping us grow beyond borders all around the world.
Our updates continue to increase shareability, such as two of our recent additions: adding easy sharing of personalized GIFs to News Feed increased sharing by 400 percent, while adding Optimized Messenger Flow to include MomentCam pictures in Messenger increased engagement via Messenger by 25 percent.

We started MomentCam with a simple, but user-friendly user interface (UI). Rather than translating and fully localizing the app early on, we were able to use our resources in other areas. Users could create new caricatures in 10 seconds (five clicks) without needing to understand the language.
Since then, we've continually refined MomentCam's UI in order to offer our users the best experience. With more than two million Likes on our Facebook Page and app store reviews, we receive a reliable source of feedback.
We constantly update MomentCam to offer a fresh, engaging experience for users. Offering a steady stream of new themes, exclusive content, and an in-app points structure encourages engagement.
One of our key UI updates was building with the Facebook Login tool, which streamlined our registration process and encouraged many quality users to join MomentCam. Adding Facebook Login increased new user registration by 20 percent, and several hundred thousand new users choose to log in with this tool every month.

Building the UI and relying on organic growth wasn't enough - we needed to grow new audiences as well. MomentCam's rapid organic growth spread the app across many different markets, giving the app a diverse user base in terms of age and geography.
However, this also meant that the range of issues encountered by the user base would be equally diverse. In order to understand the issues consumers were encountering, we needed to analyze MomentCam usage, but also understand MomentCam's many different users.
To learn more about how people are using MomentCam, we've deployed Facebook Analytics for Apps. In addition to segmenting users by geography, we can also segment them by age, gender and language, in order to help us to spot major UI bottlenecks and address issues efficiently.
Analytics has helped us to realize that skin and hair color were two of the most important features for users, and issues with face detection were a key barrier. We dedicated our team to addressing these issues quickly, and the changes we made decreased detection failures by 20 percent for Arabic people and 10 percent overall. We constantly refer back to our analytics to ensure that our broad user base is engaging with the app and having a smooth experience. 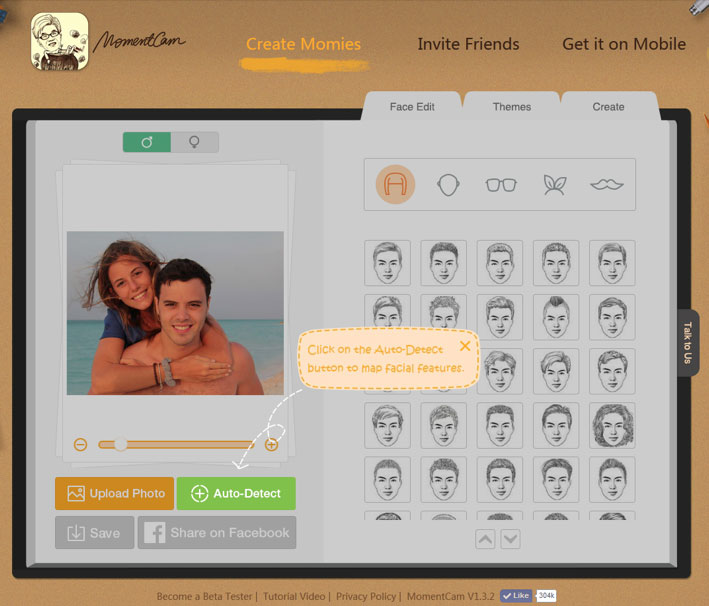 Finally, we needed to build MomentCam into a sustainable business to help the app grow and run smoothly. We wanted to be a part of the global startup community in order to share knowledge and resources, and learn from other apps who were facing the same challenges we were. We applied to FbStart, a program Facebook designed to help early stage mobile startups build and grow their apps, and we were accepted into the program in 2014.
Via FbStart, we gained mentorship and technical support, as well as access to tools like MailChimp and UserTesting to boost MomentCam's international expansion. Based on our growth and engagement, user experience and design, efficiency managing millions of users, and use of Facebook's platform, MomentCam was selected as the 2015 FbStart App of the Year. The resulting buzz generated even more interest in the app, leading to continued growth.

After implementing the changes discussed above, Monthly Active Users (MAUs) outside of the Greater China region (China, Hong Kong, Macau and Taiwan) increased by 150 percent. Our growth hasn't stopped since then, either - since its launch in 2013, MomentCam has been downloaded globally by more than 300 million users.
As we continue to build MomentCam and grow the community of people who use it, our priorities remain the same. We're continually looking for ways to engage our users and enhance MomentCam's UI.
We're also growing with our international users in mind, and we plan to increase localization so that users get a more personal experience while using MomentCam. This means more languages, and content that matches more cultures and personal interests. By focusing on these priorities, we have been able to navigate the path between viral app and sustained success.

Read more: http://www.mymomentcam.com/en/Home.aspxThis content is made possible by a guest author, or sponsor; it is not written by and does not necessarily reflect the views of App Developer Magazine's editorial staff.